Feast of Christ the King: "Reminding us of who he really is" 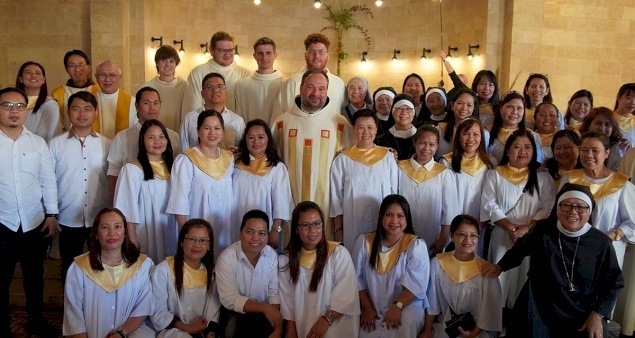 Feast of Christ the King: "Reminding us of who he really is" Available in the following languages:

TABGHA - On Sunday, November 20th, the Filipino Chaplaincy of the Holy Land celebrated the Feast of Christ the King in the Church of the Multiplication of the Loaves and Fish, in Galilee.

This feast, which highlights the true kingship of Jesus and his kingdom to come, was added to the Liturgical calendar by Pope Pius XI in 1925, and marks the end of the Liturgical year.

Today, although most of the Filipino community live closer to the Tel Aviv area, this feast was the occasion for the Filipinos inhabiting the northern part of the country to officially mark the day by gathering together for a Mass presided over by Fr. Nikodemus Schnabel, OSB, Patriarchal Vicar for Migrants and Asylum Seekers.

"Jesus Christ, our king, really shows us the beauty of being a human being," the latter said during his homily, after greeting the Filipino community as well as the Passionist, Benedictine and Franciscan brothers and sisters who attended the celebration. "Because his life was not about self-improvement but about self-dedication. [...] So, like him, spend your time, your love, your life, without hidden intentions or agendas. Be with the others and with God, and really taste the beauty of being people of God."

After the Mass, which took place in Tabgha precisely because the Benedictine Sisters in charge of the place are called the Benedictine Sisters of the Eucharistic King, the Filipinos continued to celebrate with a program that included dances, food and music. "Singing is for me a way to praise the Lord and to give thanks for all He does for us," said Jill, a member of the choir.

"This was my first time celebrating this feast," said Angel, a volunteer at the Church of the Multiplication since July 21st. "It's a very nice way to end the Liturgical year, because throughout it we go through the story of Jesus and what it means to be a Christian... With all these ups and downs, from Christmas to the crucifixion. To finish with the celebration of Christ the King reminds us that, in the end, this is who he really is." 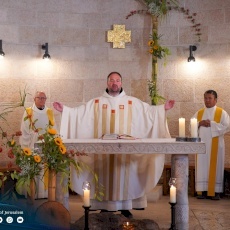 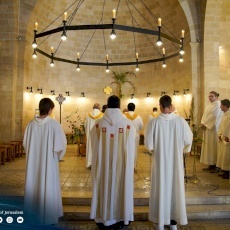 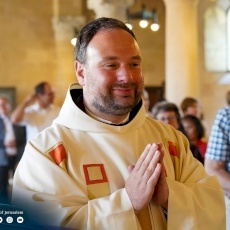 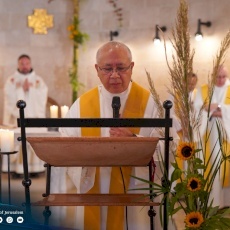 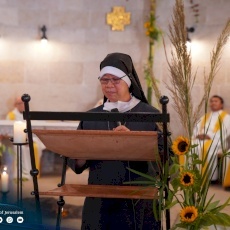 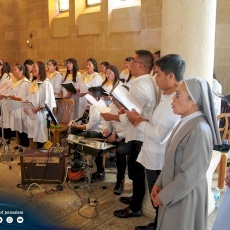 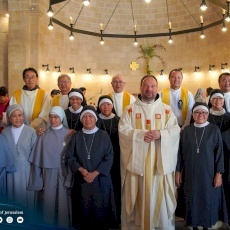 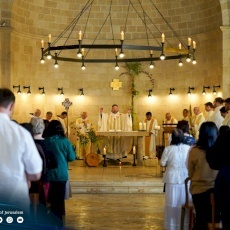 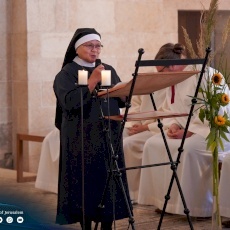 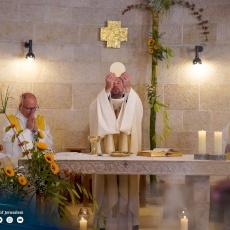 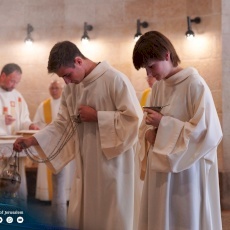 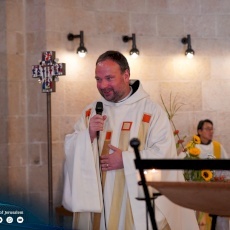 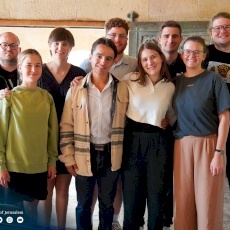 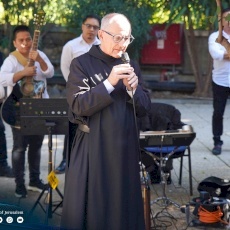 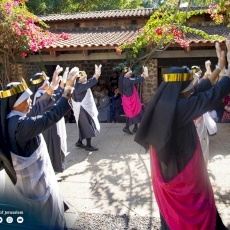 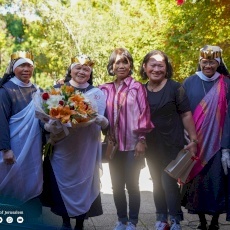 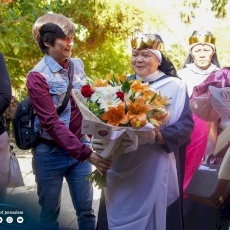 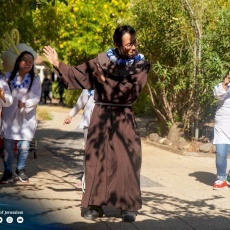 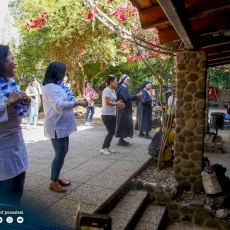 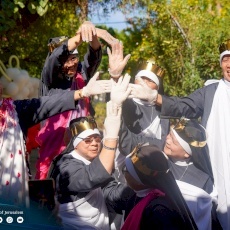