From Nazareth to Taybeh: on the footsteps of Charles de Foucauld 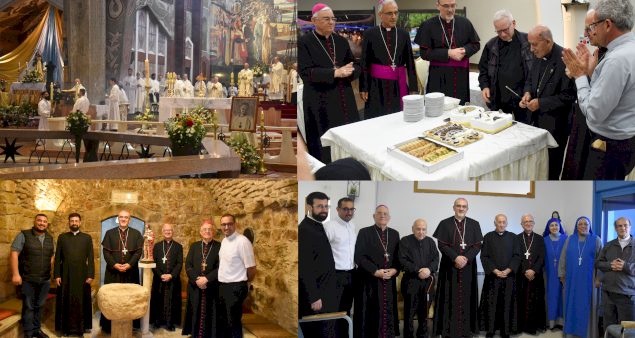 From Nazareth to Taybeh: on the footsteps of Charles de Foucauld Available in the following languages:

NAZARETH/TAYBEH - Sunday, May 29th, to celebrate the canonization of Charles de Foucauld, His Beatitude Pierbattista Pizzaballa, Latin Patriarch of Jerusalem, presided a Thanksgiving Mass in the Basilica of the Annunciation in Nazareth, and then visited the parish of Taybeh, where it is believed that Charles de Foucauld spent some time during his stay in the Holy Land.

The celebration took place in Nazareth precisely because it was where de Foucauld lived for several years, near a convent of Poor Clares for whom he worked. The Mass was concelebrated by Mgr William Shomali, General Vicar for Jerusalem and Palestine, Mgr Rafic Nahra, Patriarchal Vicar for Israel, and Mgr Boulos Marcuzzo, bishop emeritus, as well as Archbishop Moussa El-Hage, Maronite Archbishop of Haifa and the Holy Land, and Mgr Yousef Matta, Melkite Greek Catholic Archbishop of Akko, Haifa and the Galilee. 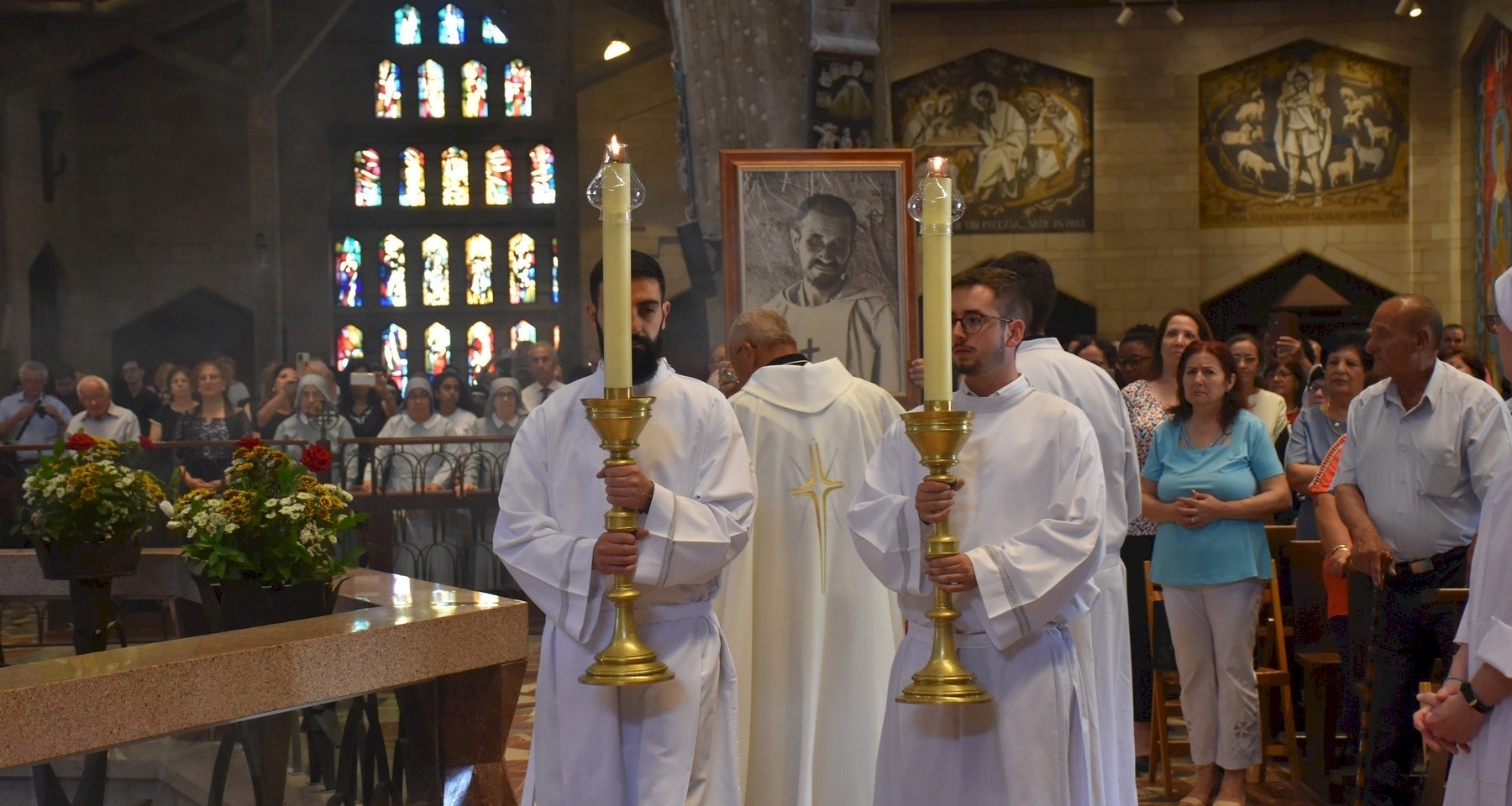 After the Mass, before going to Taybeh, the Patriarch and the delegation of bishops and priests from the Latin Patriarchate first made a stop at Jaffa (Nazareth) to congratulate Fr. Elias Odeh, who was celebrating there more than 50 years of priesthood. 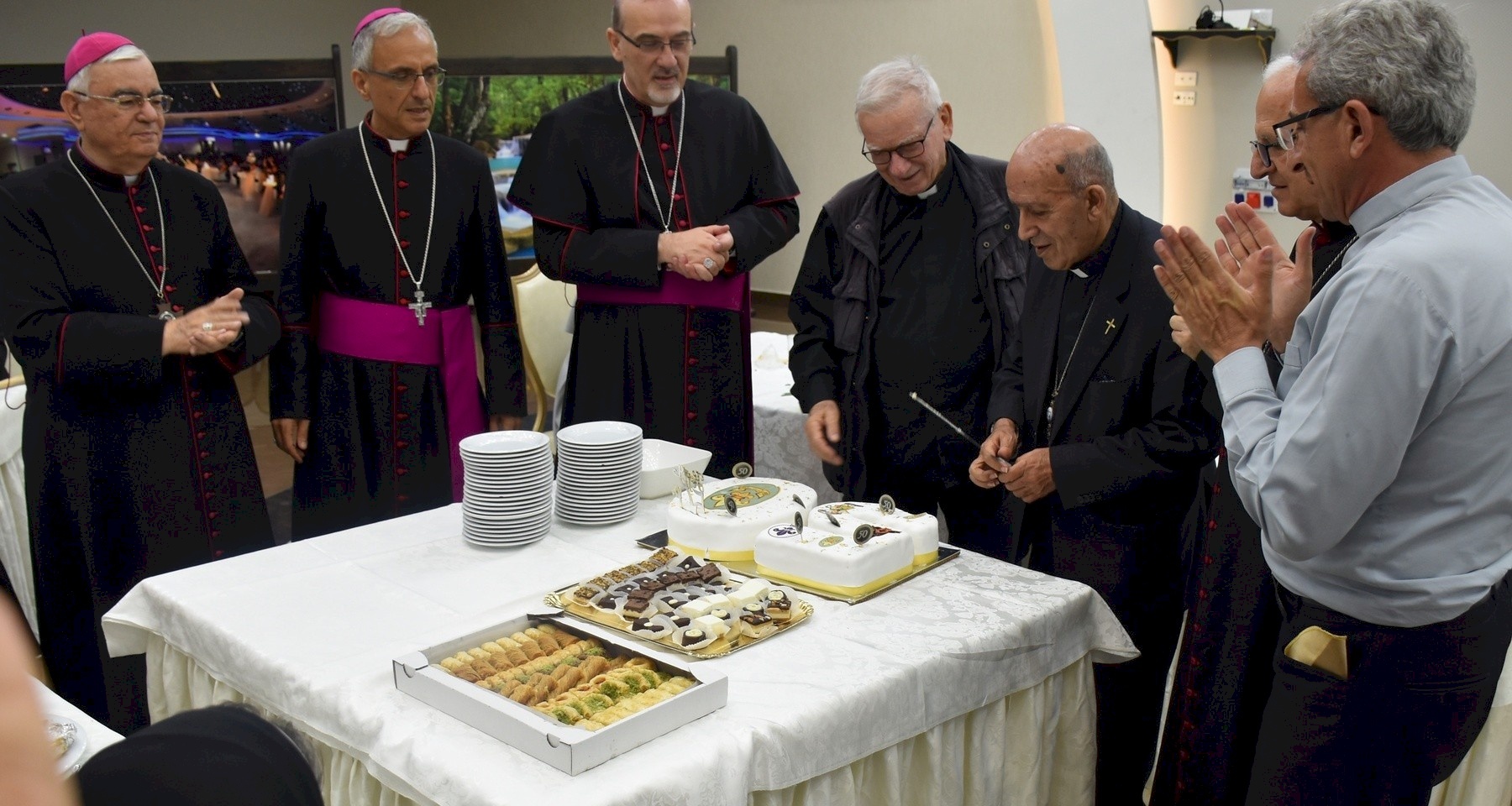 With Fr. Elias, in Jaffa

In the afternoon, after a long drive to reach Taybeh, the Patriarch and his delegation were welcomed there by Fr. Bashar Fawadleh, parish priest of the village. It is said that Charles de Foucauld passed there during his time in the Holy Land. This belief is based on a passage found in his personal notes, where he mentions Afram (the ancient name of Taybeh). 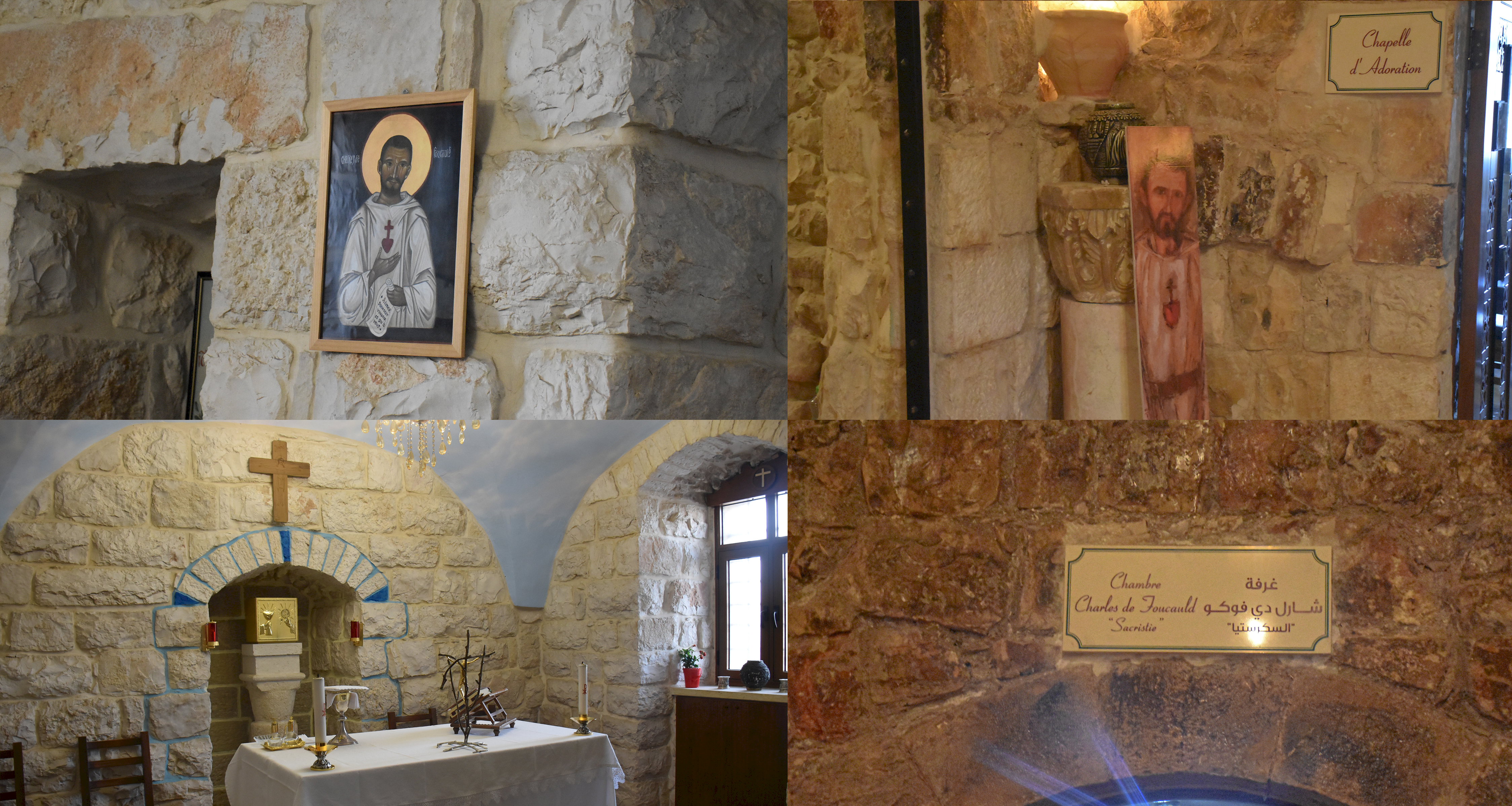 To the memory of Charles de Foucauld, in the parish of Taybeh

Before going back to Jerusalem, Patriarch Pizzaballa also visited the French Sisters of the Holy Cross of Jerusalem and the Rosary Sisters living in the village, as well as former Patriarch Mgr Michel Sabbah and bishop emeritus Mgr Kamal Hanna Bathish in Beit Afram. 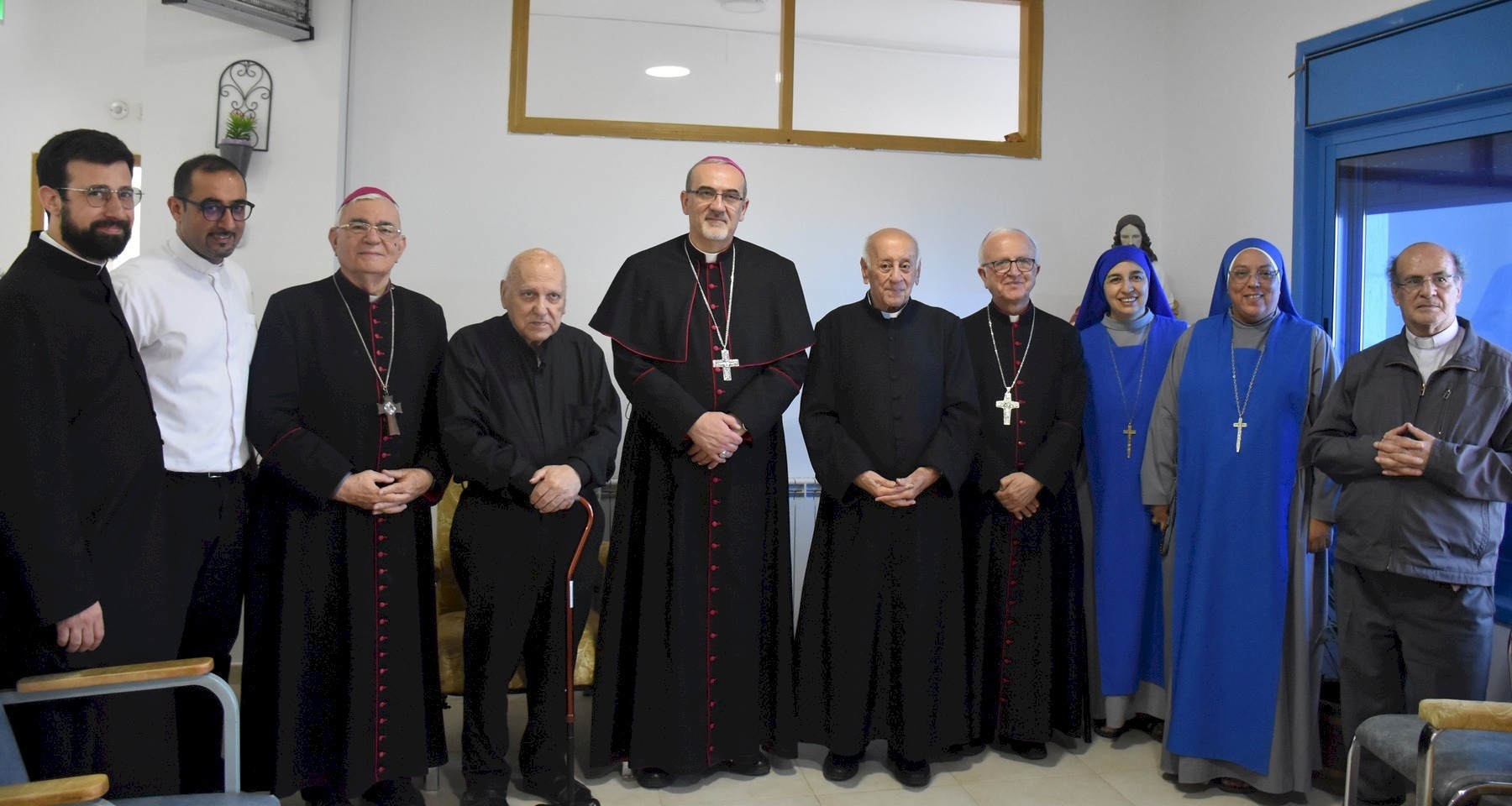