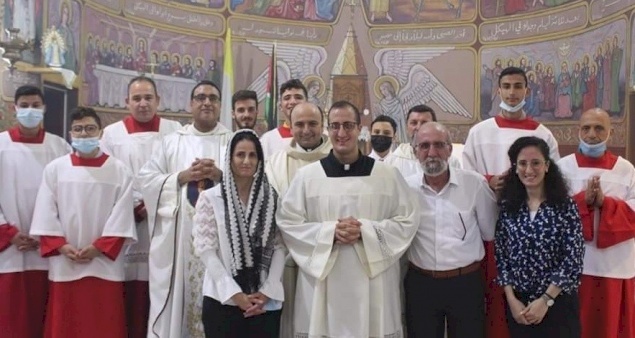 ​​Gaza: Abdallah Jildeh, first Palestinian to become a religious of Institute of Incarnate Word Available in the following languages:

GAZA - “Those who are called to the priestly service should not be afraid, for the Lord Jesus Christ said: “Do not be afraid (John 6:20),” said Abdallah Jildeh, a 23-year-old Gazan who professed last Sunday, October 10, his first vows and received the investiture of the Cassocks, becoming the first Palestinian from Gaza to be part of the Institute of the Incarnate Word.

Abdallah Nasser Jildeh was born in Gaza city and was baptized in the Greek Orthodox Church of St. Porphyrius. Since his early childhood, he has been partaking in the pastoral life and activities of the Holy Family Parish in Gaza, where he discovered his religious vocation at the age of fourteen. In 2018, and while Br. Abdallah started studying Economics and Commerce at the university, he realized that consecrating his life to the service of God and the Church is the best way for him, as he had discovered his religious vocation following a conversation he had with Fr. Mario da Silva, IVE, then Latin parish priest of Gaza, during summer camp that year, about what it means to be dedicated to God.

Br. Abdallah believes that priestly and religious vocations are a gift from God in order to serve Him, the Church and society, and that they are the result of continuous prayer and pastoral work. “The priests and Religious Men and Women in Gaza set a very good example for me and my life and it prompted me to get closer to God and the Church,” said Br. Abdallah to the Media Office of the Latin Patriarchate. “Therefore, I started attending daily Mass until I finally made the decision to become a member of the Catholic Church, and a religious in the Institute of the Incarnate Word for the love of Jesus Christ and the good of all, Christians and Muslims”.

The decision to join religious life was not easy news to hear for the parents of the new Religious, at least not at first. “I was patient, and I knew that my parents would understand my decision sooner or later,” said Br. Abdallah. “I told them that I had chosen consecrated life, and that I had made my decision of my own free will”.

When asked about the most prominent challenges facing the parish in Gaza, Br. Abdallah believes that the Church is part of the Palestinian society in Gaza, and that Christians there face the same difficulties as those faced by non-Christians, “however, in my opinion, we have a role to preserve the Christian identity of the members of the Church in Gaza and all of Palestine”.

In looking forward to serving God and the Church in the world, Br. Abdallah prays for “all families who cannot have children, for the life that is yet to be born, for the defense of the value of the sacred life, for His Holiness Pope Francis, and for the sake of vocations. I offer a special prayer for the many people who have no shelter or home. I pray to the Lord to protect them”. 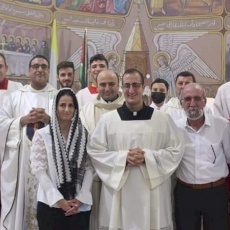 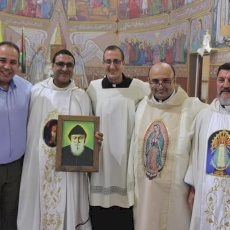 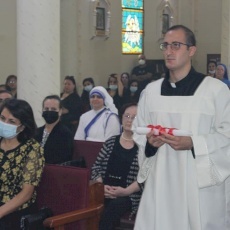 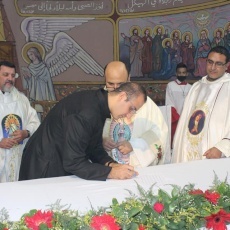 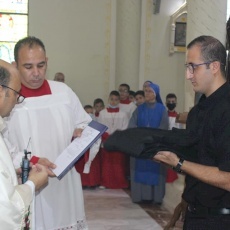 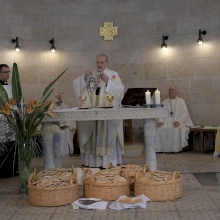 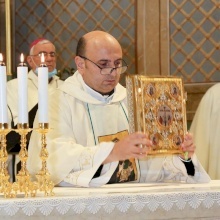 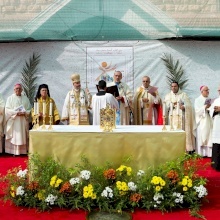 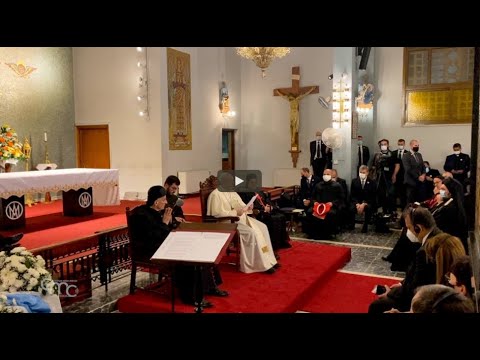