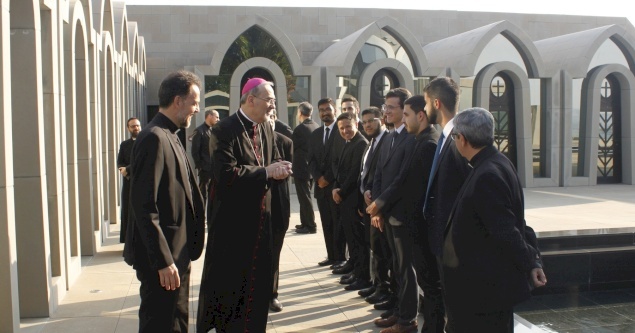 His Beatitude Pierbattista Pizzaballa on his first visit as Patriarch to Redemptoris Mater Seminary Available in the following languages:

GALILEE - His Beatitude Patriarch Pierbattista Pizzaballa visited the Redemptoris Mater Seminary of Domus Galilaeae, Saturday, November 14, 2020, for the first time after officially taking possession of the See of the Latin Patriarchate of Jerusalem.

The seminarians welcomed the Patriarch in a friendly gathering at the Seminary chapel. They presented to him the new seminarians, with whom he later had individual meetings. After that, His Beatitude celebrated Holy Mass, during which the candidate for Diaconate made his “Admission.”

The Redemptoris Mater Seminary of Korazin in Upper Galilee is unique, promoted by the Neo-catechumenal Way, a direction advocated by the Vatican for the new evangelization for regions that are un-Christianized, dechristianized, or under challenging conditions. It is, therefore, a diocesan missionary seminary, canonically erected in 2008by the Latin Patriarch of Jerusalem, Bishop Fouad Twal, in communion with the other Catholic Bishops of Galilee. It is joined academically with the Beit Jala seminary and affiliated with the Lateran University of Rome.

It is a diocesan and missionary seminary with seminarians from various countries. After ordination, each seminarian makes himself available to serve where there is a pastoral need. Redemptoris Mater is the ninety-fifth seminary of its kind globally, since the founding of the first in Rome in 1988.

This year, the seminary hosts more than 30 seminarians, some from the Holy Land, most from abroad (mainly from Latin America and Italy), almost as many professors and four permanent formators. In addition to learning Arabic and Hebrew, they receive a complete priestly formation; they perform a pastoral year in parishes as deacons and two years in the diocese as priests before the Bishop can send them on a mission. Indeed, this seminary’s nature is to train evangelizers for the world, ready to go to the ends of the earth. For this reason, Bishop Boulos Marcuzzo, former Patriarchal Vicar in Nazareth, insists on complete availability, dedicated study, and especially on inculturation, pastoral and cultural, an indispensable element for all priestly ministry today in the Middle-East.

Thirteen priests have already been ordained (twelve Latins and one Maronite). They were assigned to minister as parochial vicars in Palestine and Jordan; three are priests in Rafidieh (Palestine), Eilat (Israel), and Aqaba (Jordan). 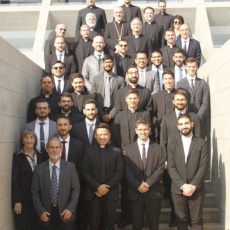 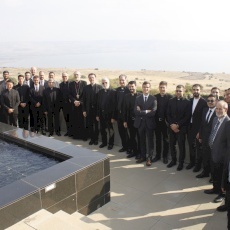 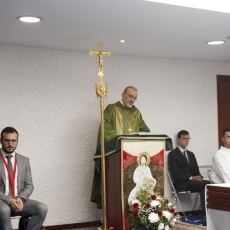 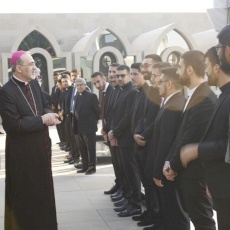 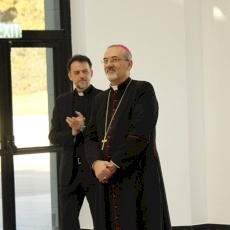