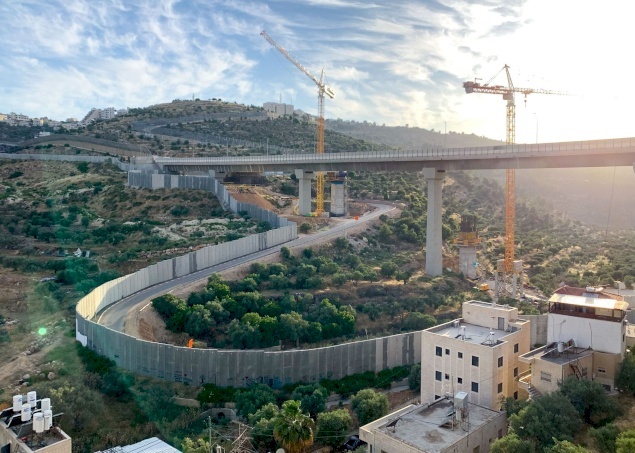 Holy See to US and Israeli ambassadors: Unilateral actions jeopardize peace in Middle East Available in the following languages:

The Vatican Secretary of State meets with U.S. and Israeli Ambassadors, expressing the Holy See's concern "regarding possible unilateral actions" and reiterates its position that both Israel and Palestine have the right to exist, and to live in peace within internationally recognized borders.

The Holy See Press Office released a statement on Wednesday July 1, 2020, regarding a meeting that took place on Tuesday. Cardinal Secretary of State Parolin "met with the Ambassadors of the United States of America and of the State of Israel", the statement reads. During the meeting, the Cardinal expressed the Holy See's concern "regarding possible unilateral actions that may further jeopardize the search for peace between Israelis and Palestinians, as well as the delicate situation in the Middle East".

The statement continues saying, "As already declared on 20 November 2019 and on 20 May 2020, the Holy See reiterates that the State of Israel and the State of Palestine have the right to exist and to live in peace and security, within internationally recognized borders. It thus appeals to the Parties to do everything possible to reopen the process of direct negotiation, on the basis of the relevant Resolutions of the United Nations, and aided by measures that can reestablish reciprocal confidence, so that they may have 'the courage to say yes to encounter and no to conflict: yes to dialogue and no to violence; yes to negotiations and no to hostilities; yes to respect for agreements and no to acts of provocation; yes to sincerity and no to duplicity' (Pope Francis, Invocation for peace in the Holy Land, Vatican Gardens, 8 June 2014)."