ISRAEL – In the ranking of top schools published by the Israeli Ministry of Education a few days before the 2016 school year, Christian schools feature prominently. Yet Christian schools in Israel are in danger of financial collapse following the Ministry’s budget cuts; it has still not honored commitments made at the end of the strike in September 2015.

The report published in Hebrew by the Ministry lists a total of 277 schools selected for their excellence, both from educational and social point of views. And these are then classified by rank, from 1 to 4.

“A deep look at it indicates that private schools are relatively more successful that public schools in general (proportionally), and if talking that Christians are about 1% of Israelis, Christian schools compose about 3% of the list! Christians schools are among the best, though could be better!” said an enthusiastic Wadie Abunassar, a member of the Christian Arab community, director of the International Center for Consultations (ICC) and expert for the Israeli, Palestinian and international media, on the situation in the Middle East and the Holy Land.

Over these last six years, the Israeli government has continued to reduce the budget allocated to these schools, a drastic reduction amounting to 45% of grants once received. To these restrictions, the Ministry of Education adds an order limiting the ability of Christian schools to receive funds from the parents. Two measures which, combined, put the schools at the heart of an unprecedented crisis. The Ministry of Education has also invited Christian schools to join the system of Israeli public schools: a proposal rejected by the Christian schools who see their identity threatened and correctly noted that the Orthodox Jewish schools, assumed to be in the same category as Christian schools in the Israeli system, are in turn fully funded by the government while maintaining their autonomy.

In September 2015, the Office of Christian Schools in Israel organized a resounding strike that, after 27 days of mobilization, ended with an agreement with the Ministry. The agreement stated that Christian schools would receive NIS 50 million by March 31, 2016 to offset the budgetary restrictions imposed in previous years.

To date, the Ministry of Education has not honored its commitments. 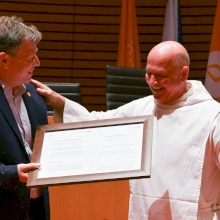 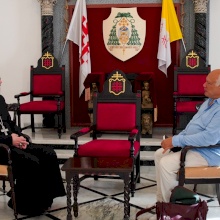