Jerusalem through the eyes of its young people: a living city from one gate to another

Jerusalem through the eyes of its young people: a living city from one gate to another Available in the following languages:

OLD CITY OF JERUSALEM – Helped by the Brothers of the De la Salle schools, the young Palestinians, « sons of Jerusalem », come to terms with their history. They composed a notebook entitled “From one gate to another: routes through the old city”, which portraits the Holy City and retraces its toponymy throughout the centuries. A vision of the youth for the youth.

Brother Daoud, the Assistant Director at the De la Salle school (Brothers’ School), near New Gate, set up the project, financed by Palestinian Vision, with a simple objective in mind: “that our children know better Jerusalem, their city, so that they can make it their own and to be able to guide those for whom it remains an unknown city”. In collaboration with five other Christian schools, he organized walks through the city, headed by a guide describing it to the children. Then, they wrote their impressions and compiled them. They offer us nine itineraries through the maze of the old city and depict more than 150 places inside the Walls: from Damascus Gate to Herod’s Gate, from Jaffa Gate to Zion Gate…

Not only is this work a way of giving confidence to the children by showing them their ability to build a project and of giving them responsibilities, but also a way of making them aware of their identity and the feeling of pride which goes along the sense of belonging. They also realized the Christian roots of their city, through the names of the places. It is a city marked by the early days of Christianity, from the Passion of Christ who crossed the Kidron Valley from the Cenacle to Gethsemane to the first martyrs – the Lions’ Gate is also called Saint Stephan’s Gate, not forgetting the Marian devotion very present in the toponymy. It is a restless city where churches and mosques live side by side since centuries and where identities interweave, thus recalling the diversity Jerusalem still embodies.

Beyond these historical and aesthetic considerations, this notebook also carries a love declaration that young people send to their “beloved city”: “Here is our land, here we live and thus shall stay, full of pride and faithfulness. We are the children of the Christian, Muslim and Armenian neighborhoods. We are the sons of Jerusalem”. 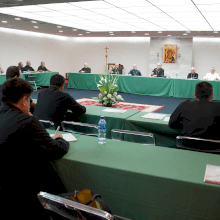 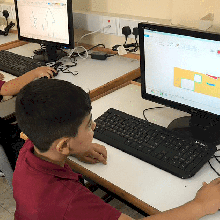