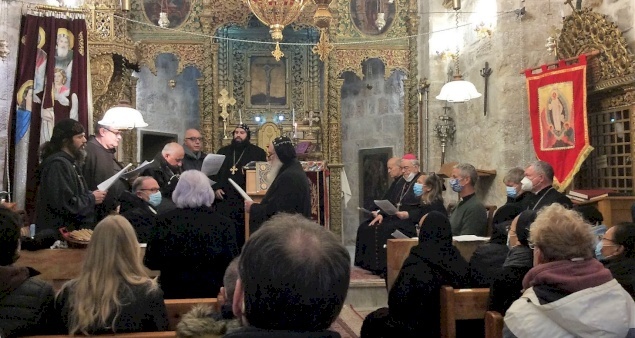 Looking back on the 2022 annual Week of Prayer for Christian Unity Available in the following languages:

JERUSALEM - From January 22 to January 30, 2022, the Week of Prayer for Christian Unity took place in Jerusalem, giving the many Churches of the Holy City the opportunity to receive and honor representatives of other Churches in a common prayer.

Last year, the strict sanitary measures applied in the Holy Land forced the Churches of Jerusalem to postpone this week of prayer until Pentecost, in union with the Churches of the southern hemisphere. The issues that hit the whole region at that time did not allow this event to be followed as much as usual.

This year, in spite of a few deviations from the program, again because of Covid, the Churches of Jerusalem all participated, in their own way, in this Week of Prayer for Christian Unity, whose theme was "We saw the star in the east, and we came to worship him" (Matthew 2:2). These ceremonies, organized in turn by the different Churches, were widely attended by the clergy of Jerusalem, as well as by the local faithful and some foreigners.

Mgr Boulos Marcuzzo, Vicar General Emeritus of the Latin Patriarchate, was able to attend all the events, as were the Councillors of the Apostolic Nunciature in Jerusalem. The Patriarch, His Beatitude Archbishop Pizzaballa, went to the prayer in the Cenacle on January 27, after his return from Jordan, and the Apostolic Nuncio, Mgr Adolfo Tito Yllana, went to the Church of the Annunciation (Jaffa Gate), for the prayer organized by the Greek Catholics at the end of the event.

The Week of Prayer for Christian Unity was born in the 1920s and 1930s at the instigation of Father Paul Couturier, a priest from Lyon, following his meeting with Russian Orthodox refugees who had fled the revolution. Two trips to the United Kingdom in 1937 also made him aware of Anglicanism. Fascinated by these religious heritages of different traditions, he instituted in 1935 the Octave of Prayer from January 18 to 25 each year, which became in 1939 "the Week of Prayer for Christian unity". From 1968 onwards, it was prepared jointly by the World Council of Churches and the Pontifical Council for Christian Unity and chose as its theme a verse from the Bible.

In the Holy Land, in order to respect the Christmas celebrations of the Armenian Church, the Week of Prayer for Christian Unity is moved to the last week of January.

Prepared each year by the Episcopal Commission for Ecumenical Dialogue, headed by Fr. Franz Bouwen, a White Father, this week of prayer takes on its full meaning in the Holy Land. The Holy Places are indeed shared, and ecumenism is experienced every day in families where it is not unusual to find up to three or four different rites. Weddings, funerals, and local religious celebrations bring together multiple communities, always animated by a deep respect and a desire for communion in Hope.

The much-awaited conference of Fr. Bowen on "Ecumenical current events: facts and perspectives" unfortunately had to be postponed because of the pandemic, but this week nevertheless allowed for many personal and cordial exchanges, marked by simplicity, between the members of the different Churches of Jerusalem, all united by the light of the Risen Lord.

Here, more than anywhere else, the strength of the Christian presence depends on the solidarity and friendship between Christians and their pastors, which is only possible through a better knowledge of the histories, rites and traditions of each, in mutual esteem. 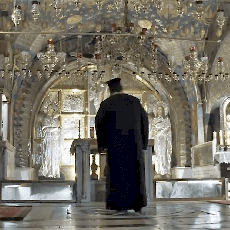 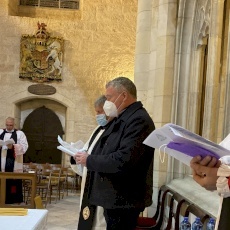 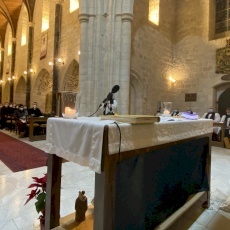 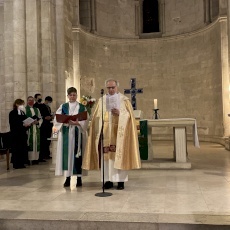 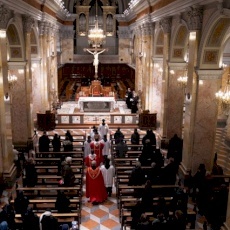 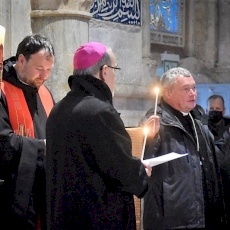 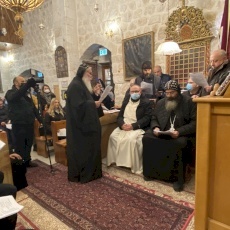 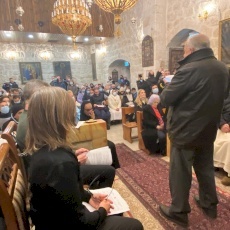 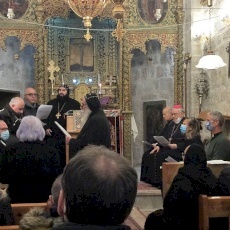 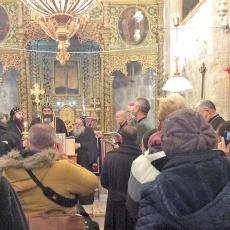 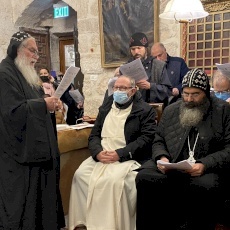 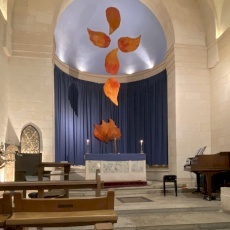 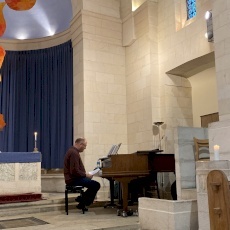 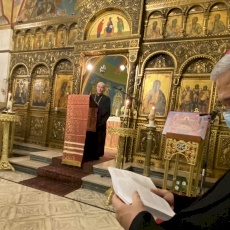 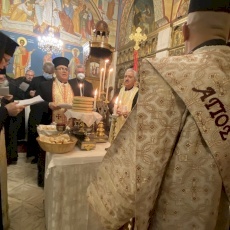 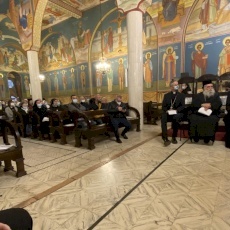