The First Sunday of Lent (Lk 4:1-13) leads with the story of the temptations, marking the first stage of this journey that leads us up to the Passover of the Lord.

We emphasize some elements, which can help us enter today’s theme and, therefore, in the time that begins today.

The Evangelist Luke, like the other Synoptics, puts the story of temptations before the beginning of Jesus’ public life.

And that is to say that before starting His mission, Jesus must make a choice, must orient himself on the path, must choose which Messianic style He wants to give to His ministry.

Temptation enters the world, from the beginning, as we read in the Book of Genesis chapter 3, as the possibility of a different choice, different from God’s original design, from the way He thought and created man, in His image and likeness.

Even Jesus must choose, therefore, and the devil does not spare Him this test. But, unlike the other Synoptics, Luke concludes the periscope, saying that “after having exhausted every temptation, the devil turned away from him until the fixed time” (Lk 4:13).

Whatever this fixed time is, it is Luke himself who suggests it: while in Matthew, in fact, after the first temptation in the desert, the devil immediately brings Jesus “into the holy city” (Mt 4:5), in Luke the last two temptations are inverted, and Luke puts the climax of the trial in Jerusalem, where the devil places Jesus on the highest point of the temple (Lk 4:9).

The whole journey of Jesus in the third Gospel, as we will see several times during the year, is nothing but a journey to Jerusalem, where Jesus knows He has an appointment, He’s expecting.

In Jerusalem Jesus addresses the ultimate test, and confirms that He wants what He chooses today: not a life centered on Himself, a life that is self-made, but a life that is received from the Father and entrusted to Him.

And in Jerusalem, the trial will be terrible because the price of fidelity to the original choice will be death on the cross: there Jesus will judge that this fidelity is worth more than one’s life, and will completely reverse the logic of the devil.

If, in fact, the devil, in today’s temptations, invites Jesus to use the power that comes from His being the Son of God to save Himself, to avoid the limit and fatigue of being a man, Jesus will choose in Jerusalem the path of limitation of weakness and death as a way of fully expressing His obedience to the Father, His unlimited trust in Him; to express fully the ultimate meaning of a humanity that is realized not by making itself, but in a humble and trusting relationship of sonship with the Father.

Where does this awareness come from to Jesus, which gives consistency to his choices? Luke suggests two answers to us.

The first is the mention of the Spirit, who returns twice in this passage (Lk 4:1): Jesus is not alone but is continuously addressed to the Father thanks to the Spirit Who dwells in Him. The solitude of the desert is the place where Jesus experience with greater power the presence of the Father, the strength of the relationship with Him.

The second is clearly linked to the Word: Jesus responds to the devil not in His own words, but from the Scriptures. In fact, His words are nothing more than citations of Deuteronomy. Jesus responds not with His words, but with the Word of God the Father.

The temptation that would push a person to listen and trust another voice that is not that of the Father, cannot be overcome with power, with cunning, with simple intelligence: through these only means we could only be losers, slaves yet again of trust in ourselves. The trial is undergone and overcome by remaining in humble and patient listening, to the truth of the Father, trusting Him.

Also on the cross, in the final temptation, Jesus will use these same weapons: His last words (Lk 23:45) will be the quotation of Psalm Ps 31:6, a prayer that tell once again His total trust in the relationship with the Father: “Father, in your hands I commit my spirit.” 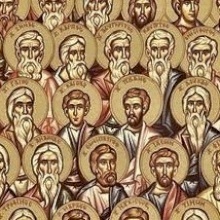 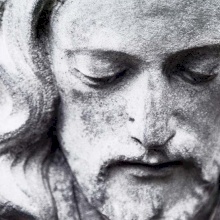 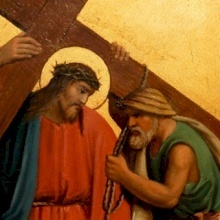