Meeting on the Synod at Al Liqa' Center 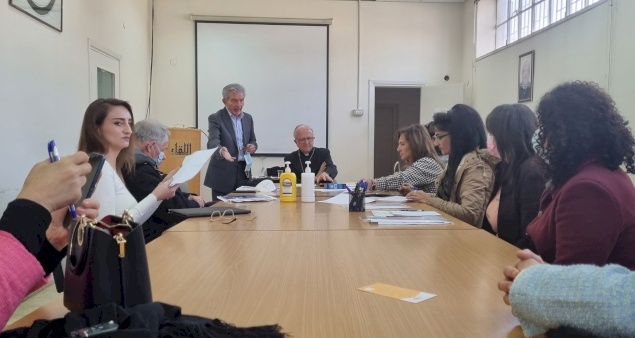 Meeting on the Synod at Al Liqa' Center Available in the following languages:

BETHLEHEM - Under the aegis of the Catholic Church in the Holy Land, the Al Liqa' Centre invited on Wednesday, March 30th, 2022 Bishop William Shomali, Vicar General of the Latin Patriarchate of Jerusalem, for a meeting on the Synod.

The Al Liqa' Centre has regained its pre-pandemic rhythm and is once again hosting cultural gatherings and conferences, through which it seeks to create a true affiliation to the homeland. Bringing together all parts of society, it promotes a new educational and didactic approach to the topics that are discussed.

The meeting on Wednesday was for a group of women belonging to the Communion and Liberation movement, founded by Father Luigi GIUSSANI, who would have celebrated his 100th birthday this year.

Dr. Youssef Zaknoun, director of the Al Liqa' Centre, first expressed his great happiness for attending such meetings. Considering the Synod as a beacon between the Church and the faithful, he stated his hope that this meeting with Bishop Shomali would help to highlight the important and effective role of the laity in the Church, as well as the success of the Synod.

During his speech, Bishop Shomali clarified the objectives and modus operandi of the Synod before recalling the reasons that led Pope Francis to initiate this process, insisting on its importance for the Church, both at the local and universal level. Mgr Shomali stressed the decisive role of each member of the faithful in achieving the objectives of the Synod, and thus fully realising a partnership between the clergy and the laity within the Church.

He then listened to the participants who shared their questions and expressed their opinions and suggestions. The meeting closed with the presentation of the Synod survey and an encouragement to return it after completion. 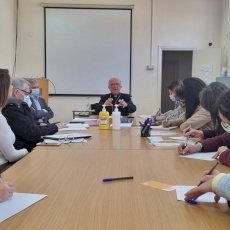 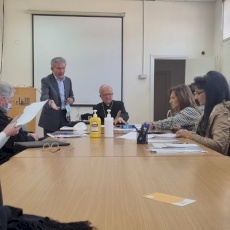 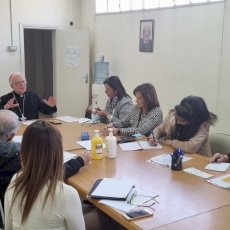 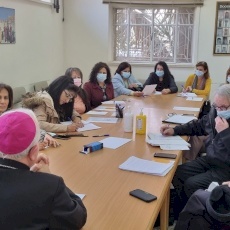 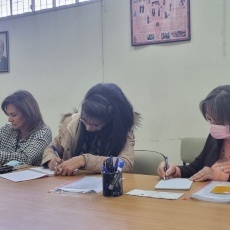 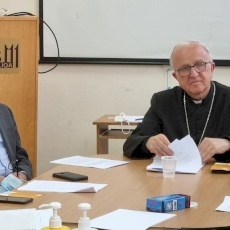