Meeting the Risen Christ on the road to Emmaus 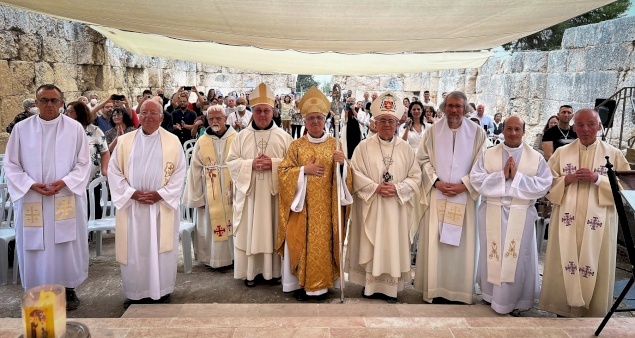 Meeting the Risen Christ on the road to Emmaus Available in the following languages:

EMMAUS NICOPOLIS - On Monday, April 18th, 2022, about forty pilgrims walked in the footsteps of two disciples on the road to Emmaus. Just like in the Gospel, every Easter Monday, the Community of the Beatitudes of Emmaus Nicopolis invites pilgrims to leave the Cenacle, located on Mount Sion in Jerusalem, at 6:00 am, to walk about 30 km to the site of Emmaus Nicopolis, where they can attend a Mass in the middle of the archeological ruins of the crusader church.

If, for years, this march has been bringing together people from all walks of life, the true location of Emmaus is yet still being discussed. The manuscripts of Saint Luke mention two distances; one of "160 stadia" (about 30 km), and one of "60 stadia" (about 11 km).

Thus, in the village of Abu Gosh, where there are two Catholic shrines, the Abbey of St. Mary of the Resurrection is one of three places commemorating this passage of the Gospel. Located on Route 1 from Jerusalem to Jaffa, 11 km from Jerusalem (60 stadia), it is believed by some pilgrims to be the place where Christ began walking with the two disciples.

Another place that celebrates this passage from the Gospels is the Palestinian village of Qubeibeh, this time located 11 km northeast of Jerusalem. For 700 years, the Franciscans of the Holy Land have celebrated the Emmaus encounter there: on the morning of April 18th, at 10:00 am, Fr. Dobromir Jasztal, Custodial Vicar, presided over a pontifical Mass.

However, based on Church tradition, a study of the map of the Holy Land at the foot of the altar of the church in Madaba (Jordan) and the early hour of the disciples' departure, it would seem that the site now called Emmaus Nicopolis, home to the Community of the Beatitudes and located on Route 1 between Jerusalem and Jaffa, is the most likely. The ruins of the Crusader church, in which the Mass was celebrated, stand on a house dating from around 220 AD, which would have sheltered Christians during the period of Roman persecution, perhaps under the protection of Julius the African - a Greek-speaking Christian writer in the service of the Roman Empire.

Arriving at around 4:45 pm on the site, just in time for the mass (due to some unforeseen sense of direction-related issues), the pilgrims, both lay and religious, were able to attend a Mass celebrated by Mgr William Shomali, Vicar General for Jerusalem and Palestine, accompanied for the occasion by Mgr Boulos Marcuzzo, Patriarchal Vicar for Jerusalem and Palestine from 2017 to 2021 and titular bishop of Emmaus. Although Mgr Marcuzzo regretted the absence of local Christians, who were not well represented in the assembly, he also emphasized the symbolic character of this march and this celebration, which recalls a key passage of the Gospels. In 2018, he welcomed the pilgrims with these words: "This walk is not only a tradition to imitate the disciples, we venerate the Holy Places, but above all, during this pilgrimage, we have time to focus on the beauty of Nature and the world around us today. Indeed, we rise with Christ, we are a new people, new men, for a new world, and the cosmos, the world, every matter, even history, is all renewed by the Resurrection of Christ".

During this synodal year, where the Gospel of Emmaus is taken as a model for the journey, this day takes on double importance. "If the second disciple described in the Gospels is not named, unlike the first, it is because it is each of us," Mgr Shomali said in his homily. "Everyone is called to meet the risen Christ on the road to Emmaus." 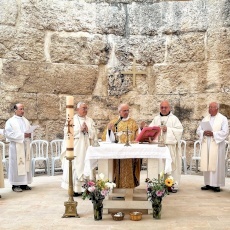 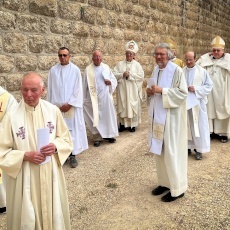 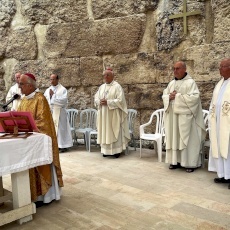 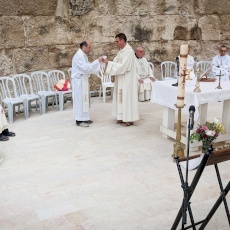 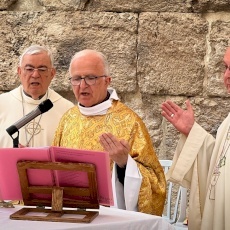 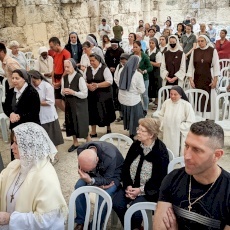 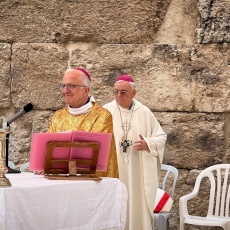 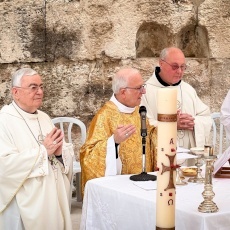 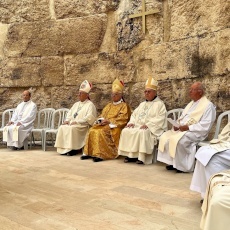 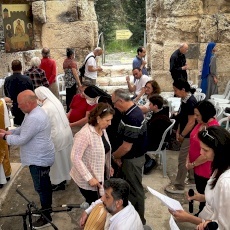 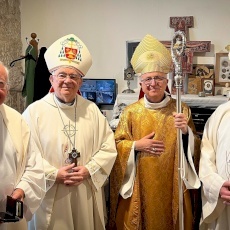 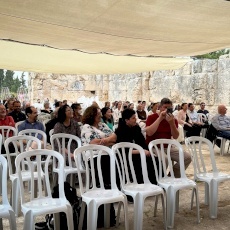 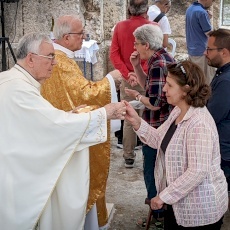 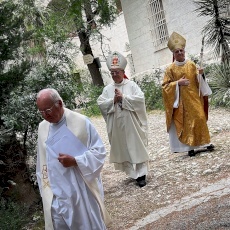 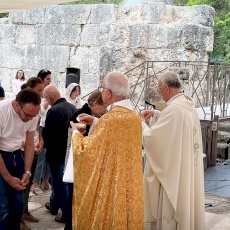