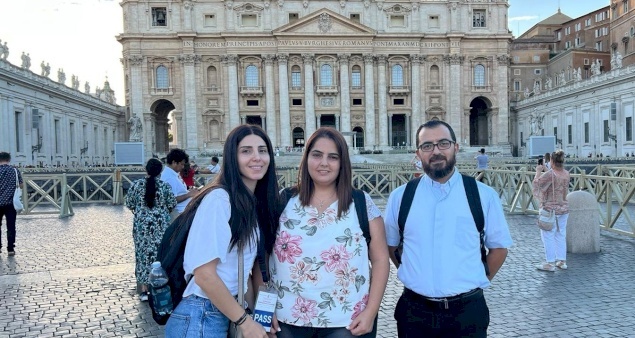 Participation of the Latin Patriarchate in a Congress on Catechesis in the Vatican Available in the following languages:

The Congress was launched by Mgr Rino Fisichella, President of the International Council for Catechesis, opening with a prayer to the Holy Spirit and the reading of the letter of Saint Paul to the Romans (8:28-30), which focuses on the idea that in all things God works for the good of those who love him, who have been called according to his purpose,as we are all created in His image. Mgr Fisichella, continued by explaining the title of the Congress, “Catechist, Witness to the New Life in Christ".

The next lecture was entitled “Called to freedom: the Kerygma and the new life", and was given Mgr Antonio Pitta, from the Pontifical Lateran University. It focused on the fact that Christians who have joined the body of Christ by baptism have their own way of expressing freedom through Christ, and revolved around the letter of Saint Paul to the Galatians 5:13 and the CCC (Catechism of the Catholic Church) 1691-1715. Afterward, there was a lecture on the calling of catechists, “Antiquum ministerium: the vocation of the Catechist". This lecture focused on finding one's calling into catechism, as an ancient service in and to the Church. The day concluded with a lecture given by Cardinal Mario Grech, Secretary General of the Synod of Bishops, on “The Synodal Perspective for an Evangelizing Catechesis”.

The second day, which opened with a Mass at St. Peter's Basilica, Dr. Robert Cheaib, from the Lyon Catholic University (France), gave a lecture on the idea of personal Freedom, civil responsibility and awareness of the Church, which was entitled “Personal Freedom and Ecclesial Consciousness”. This lecture was followed by another entitled "The Ten Commandments and the Beatitudes: catechesis in the Service of Conscience Formation", which focused on participation in social life.

The second part of the day was more of an interactive session, first with Sister Anna Nabili and her team expressing stories that carried a spiritual message by dancing. Then people were split into groups according to their language to discuss different topics such as responsibility and participation in social life [CCC 1913-1917]; truth, communication, and the digital question [CCC 2488-2499]; difference and reciprocity between men and women: gender ideology [CCC 369-373 2331-2335]; Christian formation regarding the final stages of life [CCC 2276-2279]; and ecological education for the care of the 'common home' [CCC 2415-2418; LS137-162].

On the third day, the last lecture, entitled “Joyful messengers of challenging proposals: catechist, morality, and holiness”, explained the links between the joy and holiness of catechists and the sharing of the Word of God to the youth. The lecture was followed by people presenting some pastoral experiences on Christian education from different regions of the world.

The Congress concluded with a meeting with His Holiness Pope Francis, who spoke of the importance of Christian education in our daily lives and how to carry God's message with love, while always focusing on the importance of Christ's growing presence within us. “Never turn away from this source of love," he said, "for it is the condition for being happy and full of joy always and in spite of everything. This is the new life that sprang up in us on the day of Baptism and that we have the responsibility to share with everyone so that it can grow in each person and bear fruit.”

After the meeting with the Pope, Fr. Remon Haddad, director of the Catechetical Office of the Latin Patriarchate, had the privilege to meet His Holiness personally to greet him. 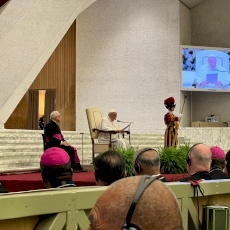 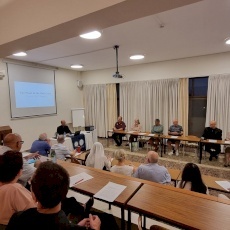 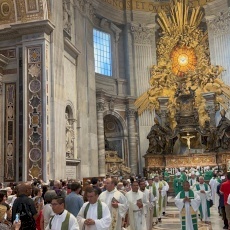