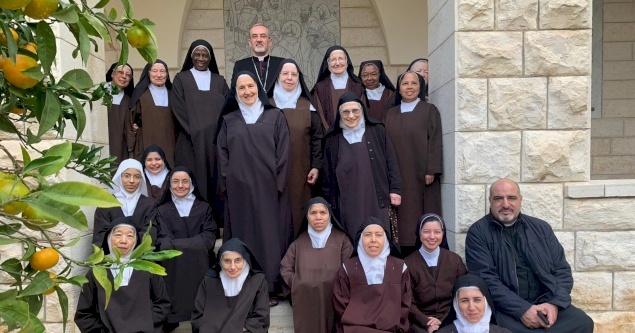 Jerusalem - November 21, 2020. Amidst the rest of this Saturday, and under heavy rains that flowed upon the Holy Land’s ground from north to the south, His Beatitude Pierbattista Pizzaballa headed to Galilee. After that, he went to the Sharon Plain to entrust his new mission, to the prayer of the monastic orders, represented by the monastery of the Discalced Carmelite Sisters, In Haifa, and the Trappist monastery in Latroun. The visit had a Marian character, given the Church’s commemoration of the Presentation of the Virgin Mary in the Temple and her consecration to God.

Two weeks separate now His Beatitude from his first Solemn Entry to the Church of the Holy Sepulcher, a traditional ceremony by which the new Patriarch takes possession of his Patriarchal See in the Cathedral of the Holy Sepulcher. After a short welcome full of genuine Carmelite joy, His Beatitude has celebrated Holy Mass with the nuns before going with them to their Chapter Room for a long heart to heart encounter.

After lunch, the nuns and His Beatitude took a memorial picture in the cloister of their monastery, just under a stone plaque representing his predecessor, Saint Albert, the Patriarch of Jerusalem, who wrote the Monastic Rule for the first group of Carmelite monks, during the thirteenth century.

After a few more visits inside the city of Haifa, His Beatitude headed to the Our Lady of the Seven Sorrows Abbey, which belongs to the Trappist fathers in the Latroun area. The monks welcomed His Beatitude with a ceremony that combined solemnity with the characteristic austerity of the Trappist monks. After a short prayer before the Blessed Sacrament in the Abbey church, His Beatitude, the Abbot, and the monks went to their Chapter Room. There, again, His Beatitude entrusted himself and the diocese to the prayer of the monks. This prayer that they perform day and night, every day and throughout the year.

The visit to the Monastery of Latroun concluded with the Solemn First Vespers of the Feast of Christ the King.  After, His Beatitude, with gratitude and reassurance, returned to the Jerusalem Patriarchate, knowing that his and his priests’ mission, and the entire diocese, are in good hands. 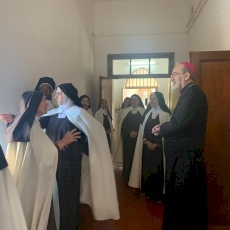 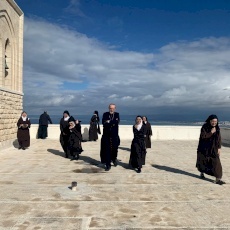 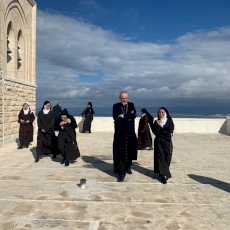 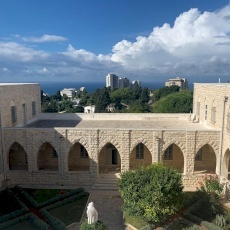 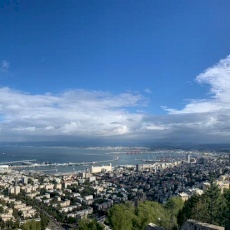 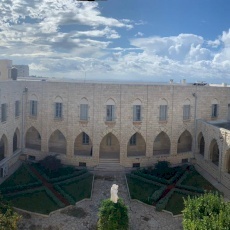 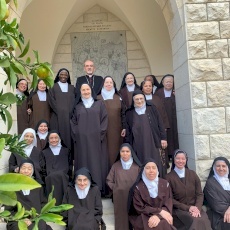 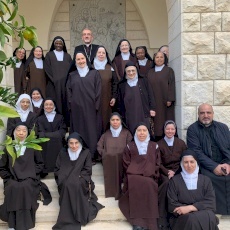 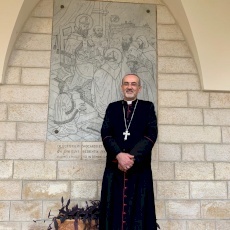 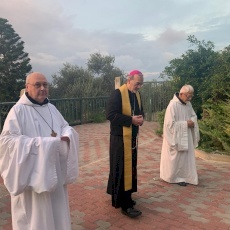 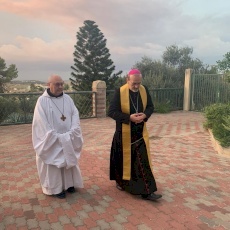 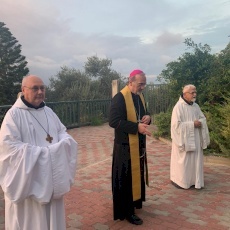 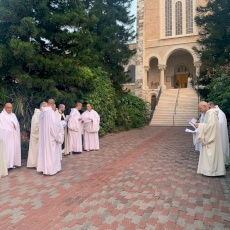 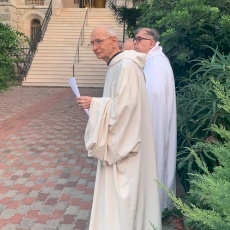 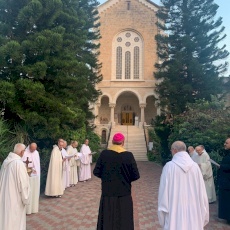 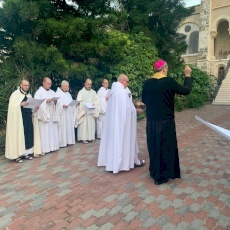 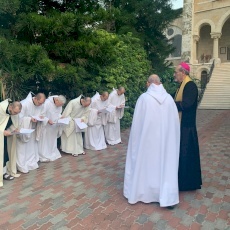 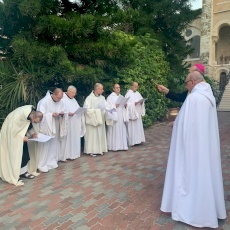 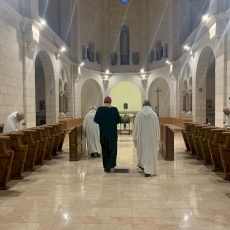 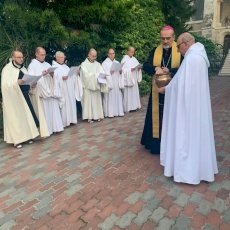 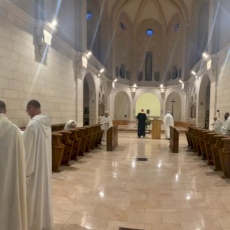 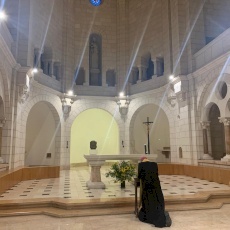 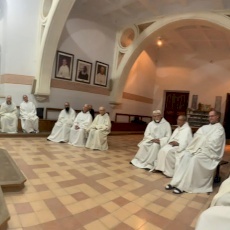 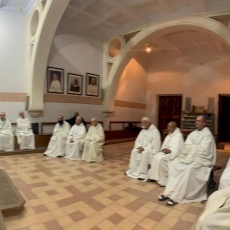