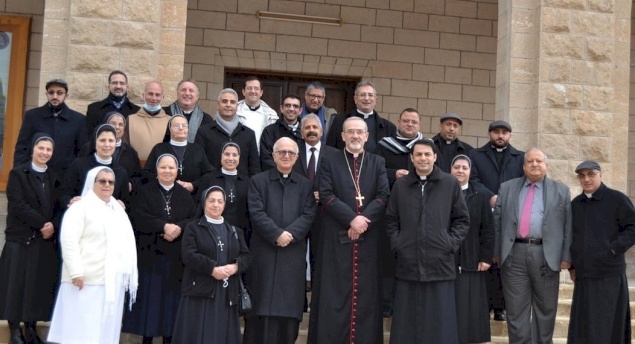 Patriarch Pizzaballa lauds efforts exerted by the clergy in northern Jordan Available in the following languages:

JORDAN - On Thursday, January 14, 2021, His Beatitude Pierbattista Pizzaballa, Latin Patriarch of Jerusalem, paid a visit to St. George the Martyr Church in Irbid, where he met with members of the clergy who work in northern Jordan, namely Irbid, Husun, Shatana, Ajloun, Anjara, Al-Wahadneh, and Mafraq and religious women, deacons, and acolytes.

Patriarch Pizzaballa expressed happiness for meeting with the clergy who work in northern Jordan. He highly praised their valued pastoral services, which they provide daily in the service of the spiritual mission in churches and through various pastoral activities. He also lauded the humanitarian mission they perform in schools and in social centers in a spirit of cooperation designed to serve the Church in particular and the society in general.

Upon arrival, Fr. Suleiman Hassan, parish priest of St. George, addressed the Patriarch on behalf of the clergy and the faithful. He said, “Four years after your previous visit to us as an apostolic administrator, you come today, Your Beatitude, with a new mission from the Lord at a time when you were chosen to stay and work in the Holy Land.” In this context, he assured the Patriarch of everyone’s prayers for him and their cooperation to fulfill the entrusted mission for the glory of God and the salvation of souls.

His Beatitude was accompanied, during his first pastoral visit since his nomination as Patriarch by His Holiness Pope Francis on October 24, 2020, by Latin Patriarchal Vicar for Jordan Bishop William Shomali and Secretary-General of the Latin Vicariate in Amman Fr. Imad Alamat. 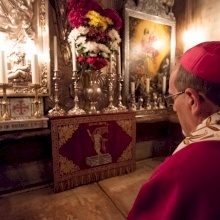 In pictures: Entrance of Patriarch Pizzaballa into Holy Sepulchre for 1st... 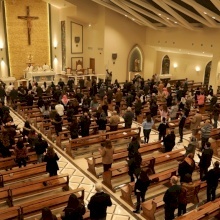 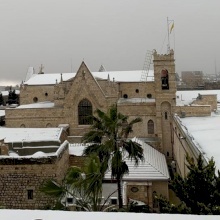