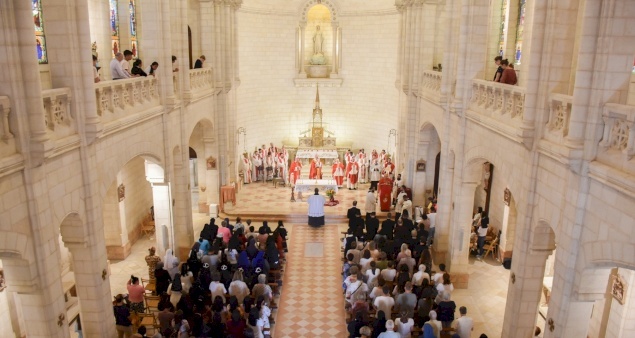 Pentecost 2022: Waiting for the Holy Spirit together Available in the following languages:

“When the day for Pentecost came, they were all together in one place.” - Acts 2:1

JERUSALEM – This year, at the initiative of Christian Movements and New Communities, the faithful of the Holy Land gathered in small groups between the evening of the Ascension and the Vigil of the Pentecost, to truly live in faith the experience of Mary and the Apostles.

The Pentecost, sometimes called “Whitsun” or “Whitsunday”, marks the day the Apostles received the Holy Spirit as a gift, in the form of “tongues of fire” “sitting upon each of them”. It coincides with the Feast of Weeks, or Shavuot, the Jewish holiday commemorating the day the Torah was revealed to Moses and the people of Israel – which the Apostles were celebrating when the Holy Spirit descended upon them. For the Latin Church, it is part of the solemnities, meaning the most important feasts of the Liturgical calendar. Solemnities also include, for example, the Paschal Triduum, the Nativity, the Epiphany or the Ascension.

This year, the idea for a "New Pentecost" first emerged during a meeting between His Beatitude Mgr Pierbattista Pizzaballa, Latin Patriarch of Jerusalem, and members of new communities in the Holy Land. Encouraged by the Patriarch to share their idea with the local Church, the latter decided to organize meetings – soon baptized “Cenacles” – in small groups during the week preceding the Pentecost, in order to pray, sing, read the Gospel and share some time together – just like the disciples and Mary before them. 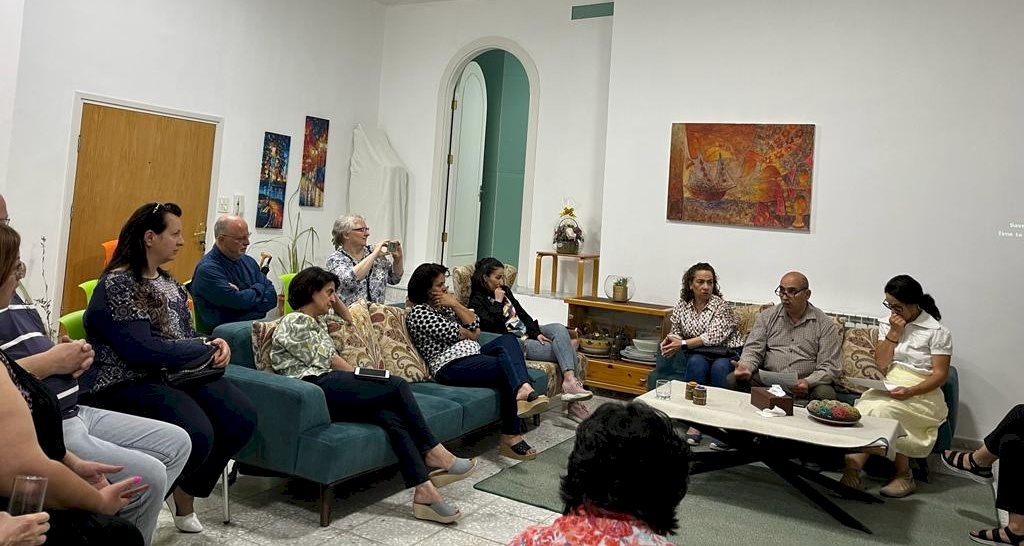 “The idea today is to ask the Virgin Mary, who offered her “yes” to God with all her heart, to help us welcome the Holy Spirit within us, in Jerusalem and in the entire world.” Such were the opening words of one of the participants to these meetings, soon baptized “Cenacles”. Each Cenacle is unique; people sometimes sing, sometimes pray, sometimes listen to one another… 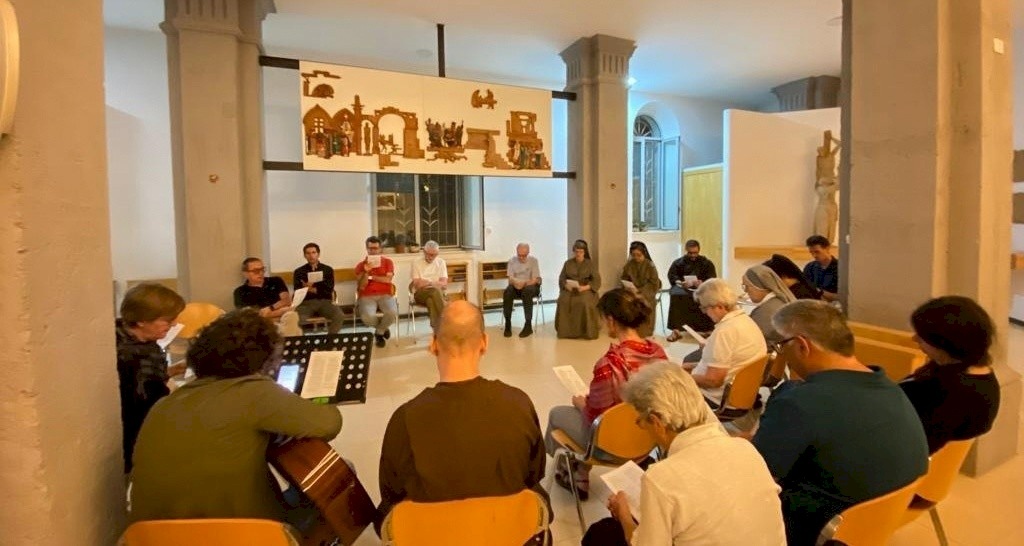 Cenacle in Jerusalem, at the Capuchins 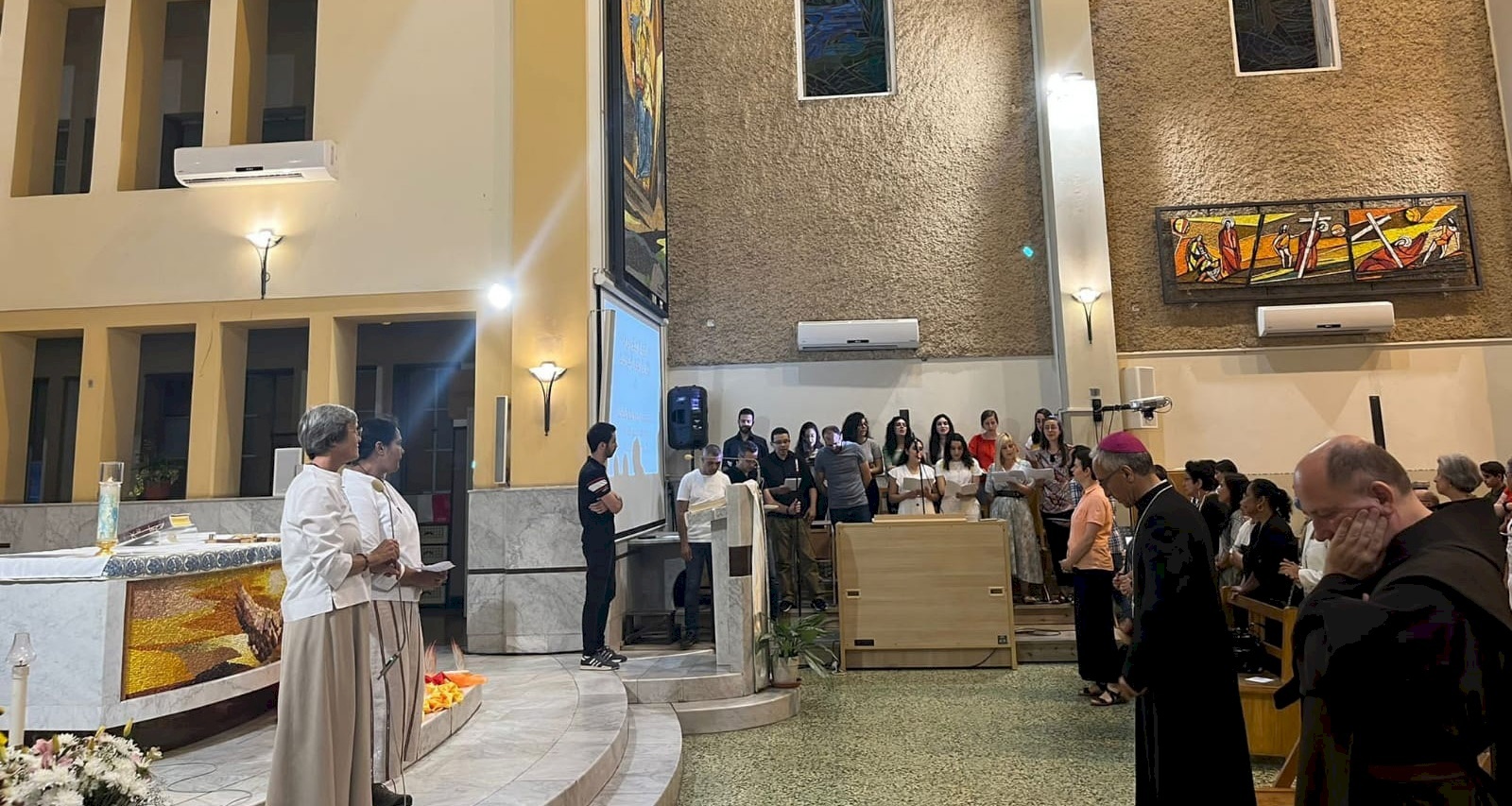 Cenacle in Haifa, in the church of St Joseph, in the presence of Mgr Rafic Nahra, Patriarchal Vicar for Israel

Others gave their thanks for this Feast of the Annunciation, happy to be able to celebrate it in the very place where it happened, and highlighting the fact that what transpires during that time is the love  God showed us by sending the Holy Spirit to the Apostles. “Let this be a testimony for all Christians, Muslims, Jews, and all of the people of the world,” said one of the participants of a Cenacle that took place in Jerusalem, on Mount Zion, on Friday. 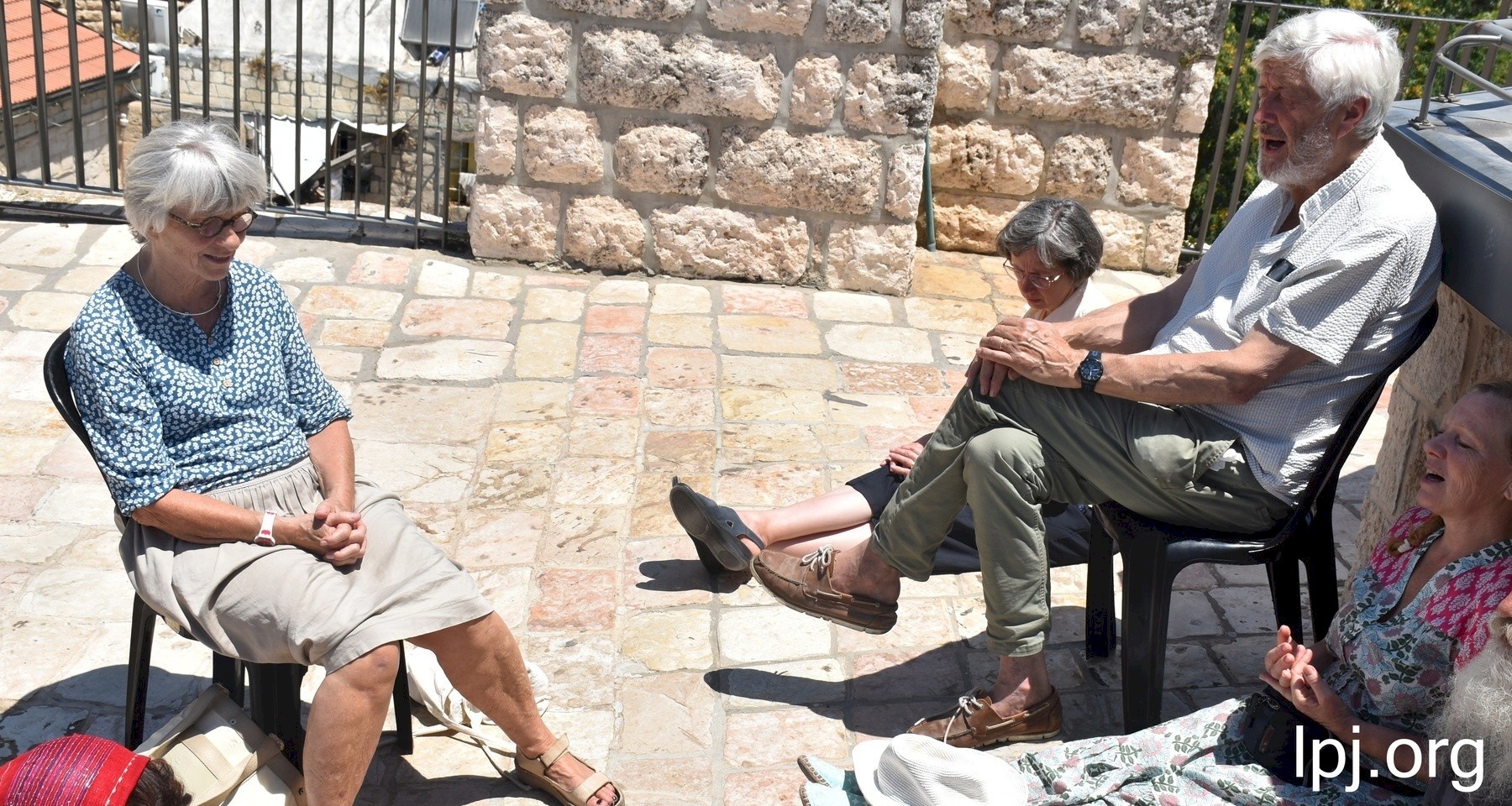 Cenacle in Jerusalem, on the rooftop of the Room of the Last Supper (Mount Zion)

On Saturday evening, in the presence of Patriarch Pizzaballa, the culmination of these “Cenacles” took place, during the Pentecost Vigil. Mgr William Shomali, General Vicar for Jerusalem and Palestine, Mgr Giacinto-Boulos Marcuzzo, bishop emeritus, Mgr Tomasz Grysa, first counselor of the Apostolic nunciature in the Holy Land, and Mgr Jean-Pierre Cattenoz, archbishop emeritus of Avignon (France) were also present.

During the Vigil, some of the faithful testified about how they met God, through sometimes difficult experiences or hardships. A priest spoke of his fatherless childhood; a couple told the story of their little boy and his struggle against cancer; another spoke of their encounter with the community of the Emmanuel, who helped them find the path to peace after the first years of a difficult marriage.

The next morning, at 10 am, the Patriarch celebrated the Mass of Pentecost at the church of St Vincent de Paul in Mamilla (Jerusalem). Traditionally, the Mass takes place at the Dormition Abbey, but this year, because of works of renovation, the Sisters of St Vincent de Paul generously accepted to host the celebration in their church. The co-hosts included Fr Nicodemus, Patriarchal Vicar for Migrants and Asylum Seekers, his Benedictine Brothers of the Dormition, as well as the Jerusalem Chapter of the Philippine Chaplaincy of the Vicariate for Migrants and Asylum Seekers (VMAS). After the Mass, a meal was offered by the Filipino community to all the faithful, concluding the feast in a joyous atmosphere.