Portraits: the seminarians of the Latin Patriarchate, Day 2 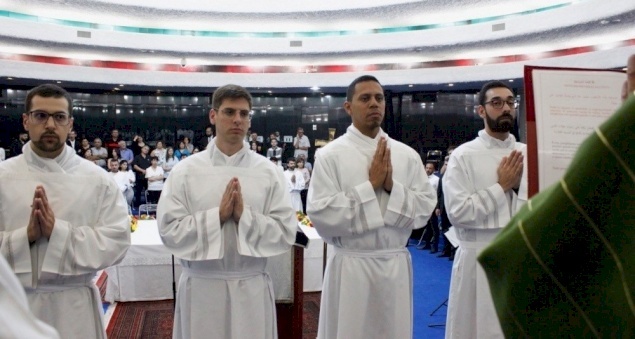 Portraits: the seminarians of the Latin Patriarchate, Day 2 Available in the following languages: 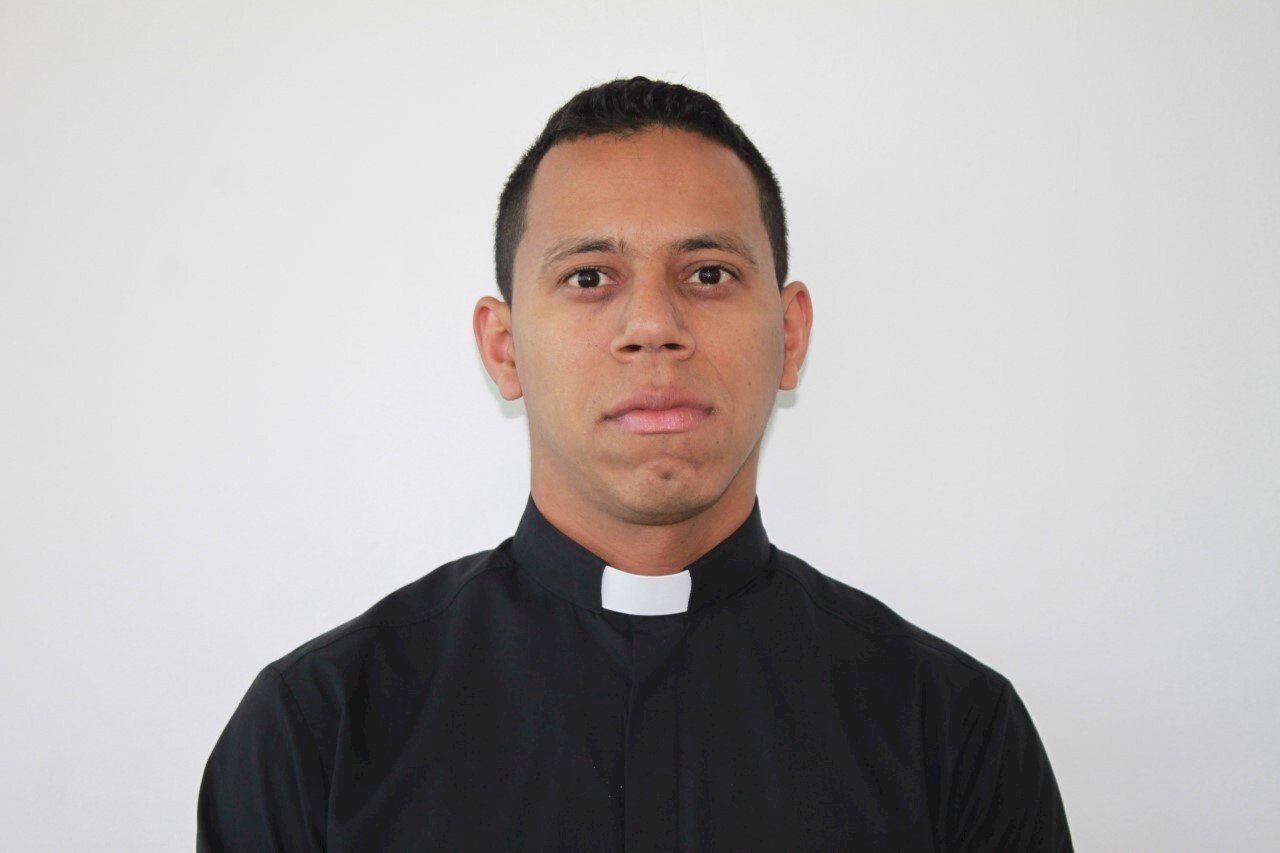 Why did you choose this specific seminary?

As mentioned before, I spent my first year as a seminarian in my own country, Colombia. There I was able to talk with many teachers, who helped me discern my vocation. I was asked if I was ready to go to any Redemptoris Mater seminary in the world. Currently, there are more than a hundred of them. With strong ties to the Neocatechumenal Way, these seminaries are diocesan and missionary seminaries, meaning they form priests who have agreed to be sent all over the world, wherever their presence is needed – knowing that it is also the Lord who precedes us and sends us, so that we may experience the word that God said to Abraham: "Go forth from your country, and from your relatives and from your father's house, to the land which I will show you" (Gn 12:1).

I was thus soon offered to go to a seminary in Africa. However, due to various difficulties (especially regarding the visa procedures), I was unable to go. Instead, I was sent here, to the Holy Land, in 2013. This is where I started my years as a seminarian, learning Arabic and Hebrew, discovering the culture of the country; this is where the Lord was waiting for me and where, until today, He has supported and helped me. It is also where He showed me His will, by shaping me here in His land, but also by keeping me always ready to be sent anywhere to announce the good news of His love and that of our Lord Jesus Christ, who came to save all mankind. 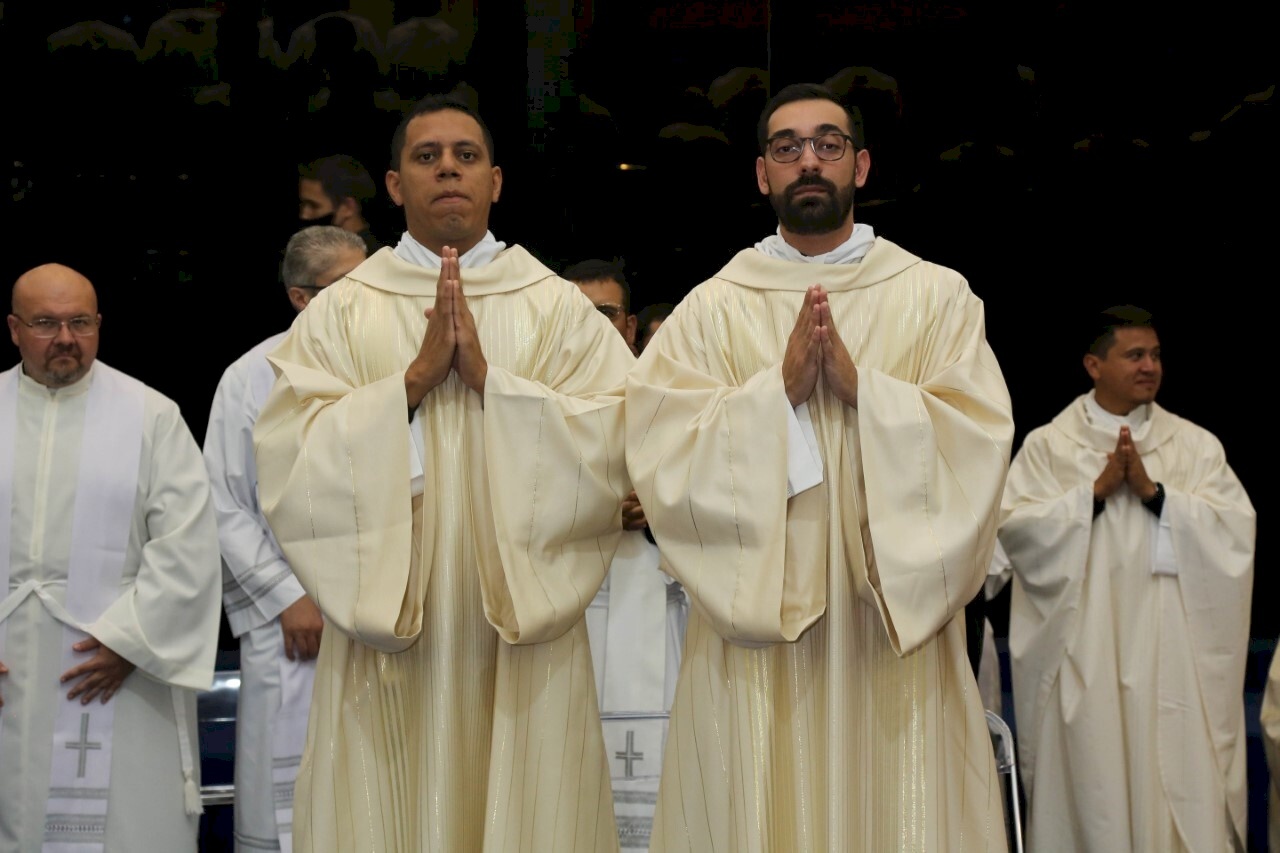 During this decisive moment in history, I think that us priests have a great mission to accomplish. After the pandemic and with the current problems between Russia and Ukraine, we find ourselves in a time where the whole of humanity is suffering. Many people are looking for an answer to the current situations, to which we are called; not only as priests, but also as Christians, to offer a word to the world and to be true bearers of the Good News. We must announce that God is there, that He exists and that He is close to each and every one of us. I believe that it is no coincidence that the Lord has called us precisely during this decisive period of history, where we will certainly encounter many difficulties, but where we are at the same time invited to be courageous, like Joshua, to offer people a word of hope and to be like St. Joseph when he received the word of the angel: "Do not be afraid to accept Mary and the child”. It is also a call for us not to be afraid to bring this treasure that is the Church to people and to announce that there is hope, that Christ lives and intercedes for us. After all these recent events, many people live without hope, see only an uncertain and dark future, lose all certainty. That is why I believe that our mission is to open the heavens of the Kingdom of God. In this sense, we are called to be a light for others, so that we can enlighten them and show them the way to the Father, who always watches over his children.

I entered the seminary out of gratitude to the Lord after seeing the work that He had done and continues to do in my life. I am the third child of parents who are no longer together: if the Lord has allowed this in my life, I believe it is so that I can be with Him. I say this because, due to this situation, I grew up with an emptiness inside me; I was always looking for affection in others, in friends, in girlfriends, at work... And above all, I was looking for the father figure that was missing in my life. Then the Lord found me, when I was 17: I was invited to listen to the catechesis of the Neocatechumenal Way. There, in a small community, God began to give me the answers I was looking for in my life. Slowly, He allowed me to be reconciled with my parents and with myself. I realized that He had shaped my path, because if my father had not left home, I might not have been here today. This experience certainly marked my life, but at the same time, thanks to it, I experienced God as a Father close to his children. Thus, little by little, with the help of the community and over the years, I began to feel the call to the priesthood, before being finally invited to the Redemptoris Mater Seminary in Medellin, Colombia. 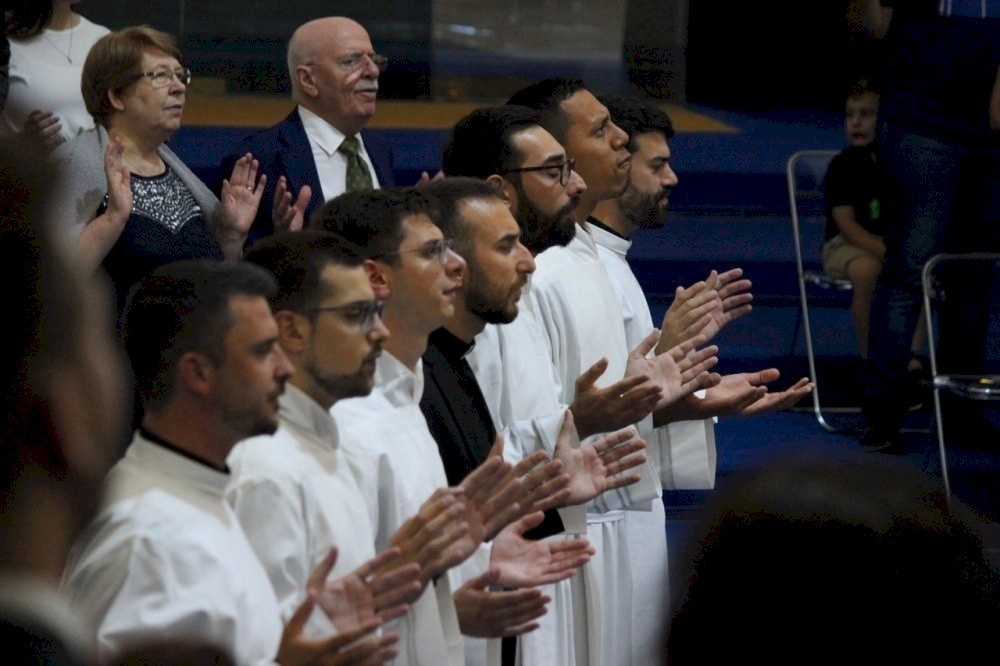 For now, I don’t really have any expectations for the future. For me, to be a priest is more than enough, as it is really a grace from God to have been blessed with a mission so significant, especially right now, where there is a lot of confusion. I know that God has already prepared the best for me. So what I can say is that I’m open to everything that He calls me to do. What really matters is to be a sign for this generation and for the others, and to always do the will of God.