Portraits: the seminarians of the Latin Patriarchate, Day 4 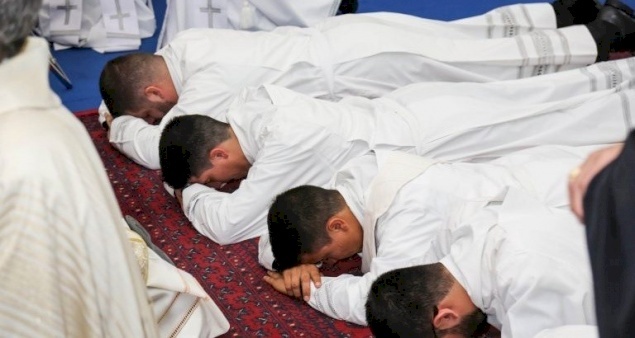 Portraits: the seminarians of the Latin Patriarchate, Day 4 Available in the following languages:

BEIT JALA/KORAZIN - Since 1852, about 300 seminarians have been ordained to the priesthood in the two seminaries of the Latin Patriarchate of Jerusalem, located respectively in Beit Jala and Korazin (Galilee). Whether they are from the Holy Land or elsewhere, all of them have, over the years, contributed to maintaining and helping the local Christian communities of the Diocese of Jerusalem. Today, on the occasion of the World Day of Prayer for Vocations, established by Pope Paul VI on the 4th Sunday of Easter, and which will be celebrated this year on May 8th, lpj.org invites you to discover the profile of five young seminarians of the Latin Patriarchate, all of whom are about to complete their formation. 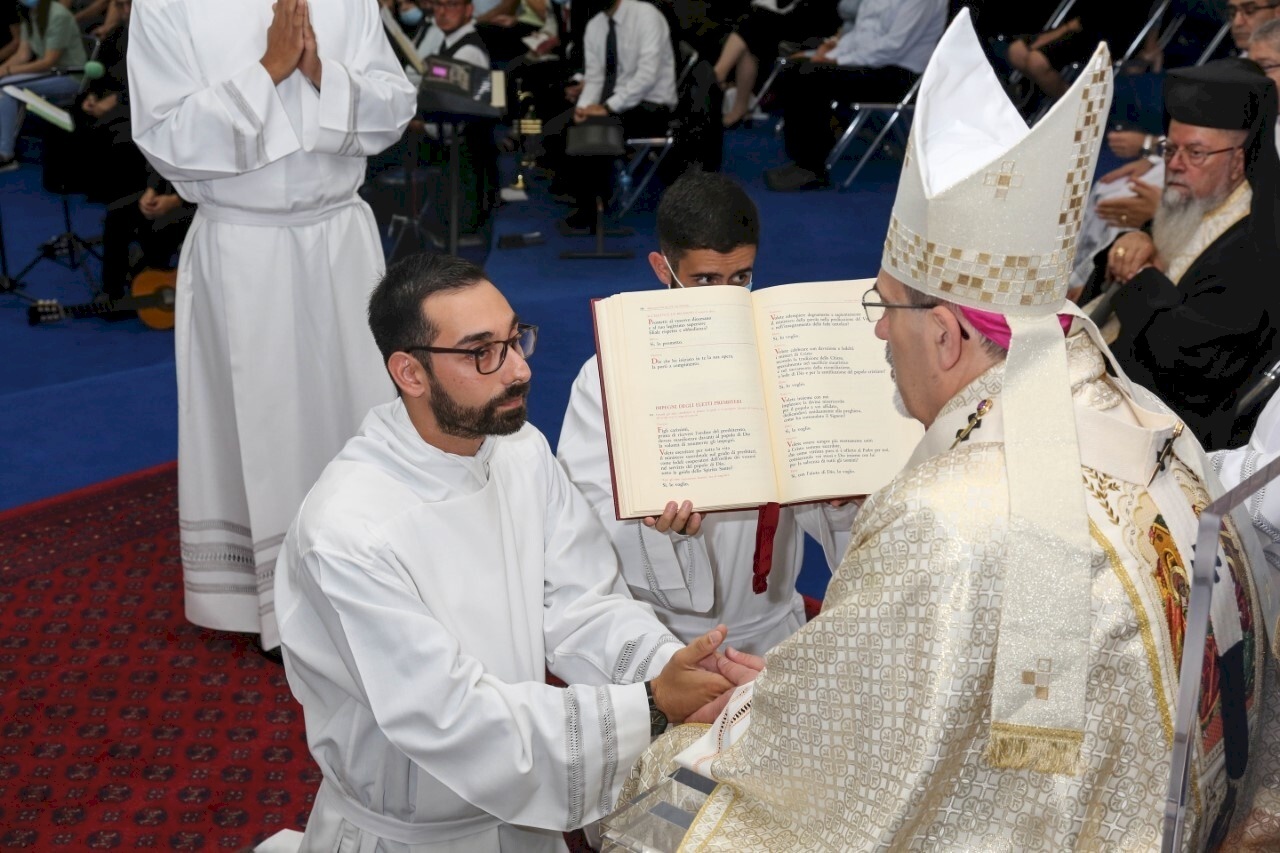 I entered the Redemptoris Mater Seminary in Galilee when I was 21. After studying philosophy, theology and languages, including Arabic and Hebrew, I was ordained a deacon by Patriarch Pizzaballa on September 21st, 2021. I was then sent to Eilat to serve the parish of the Latin Patriarchate. I will stay there at least until my ordination, which is scheduled for June 2022. I hope that my family will be able to attend despite the Covid situation...

Why did you choose this specific seminary?

It was God who called me there. When I decided, after a long personal journey, to join the Neocatechumenal Way (NB: an ecclesiastical movement born in 1964 in Spain, defined by John Paul II as an "itinerary of Catholic formation", whose founding objective is evangelization and the sending of missionaries to regions considered dechristianized), I was immediately offered to be sent to a seminary in Israel. It was probably the last place I expected to go! In my mind, I was imagining more the African continent, or China... I had not thought for a second about the Holy Land. But I accepted. And today, I believe that if God has called me here, it is perhaps to rediscover the origin of faith - because it was born here, in this land.

This seminary was besides a great help to me personally. It was there that I learned three fundamental things, which helped me a lot during my religious studies. First, prayer; its role, its functioning, its importance in the life of a Christian (not only of a seminarian or a priest). Second, obedience; I come from a rebellious generation, so obedience is not something I was used to! But the seminary taught me to respect authority, to listen, to understand, and to be sincere and honest. The third thing is the importance of diversity; what it can teach us and what it can do for us. At the seminary, I was surrounded by Germans, Italians, French... Some came from Ecuador, Colombia or the Asian continent, others from Ukraine, Lebanon or the United States... Being in contact with so many different mentalities and cultures opened my mind and also made me understand the importance of the other. 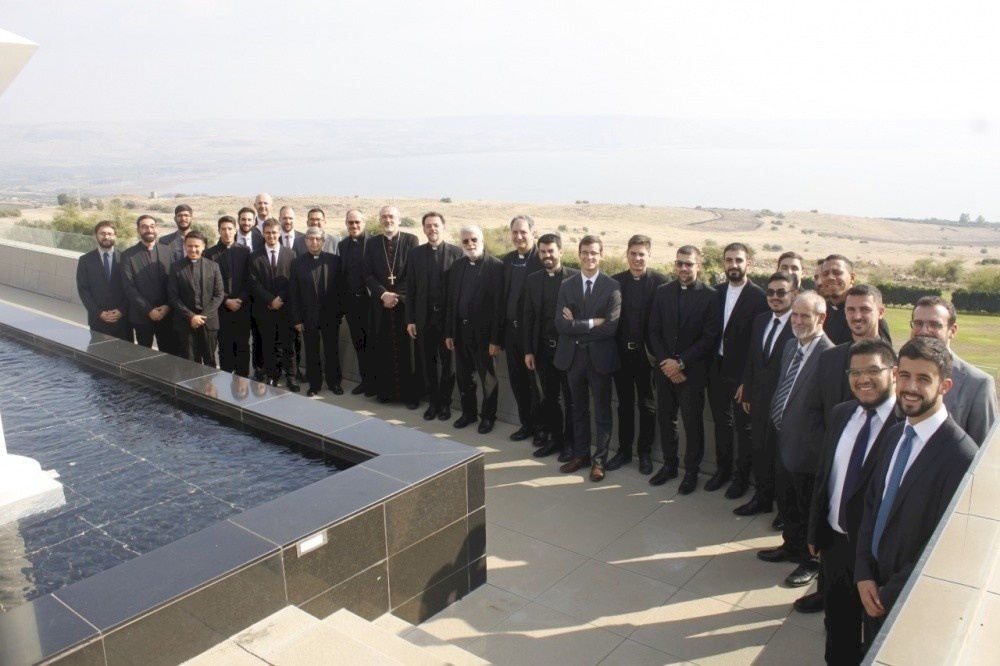 In my opinion, a priest is first and foremost called to serve. To serve not only his parishioners, but also those who have drifted away from the Church or who are not part of it. He must act as a kind of bridge between individuals and the Church – exactly what the Neocatechumenal Way has done for me. Of course, he can't do any of this alone. He has to work together with the Church, with the families, with the youth.

The mission of a priest is also to bring the answer to the question that everyone is asking, the question about the existence of God. Not just by proclaiming it loudly, but by sharing his experience, by showing others the importance of the holy sacraments and of faith, the unity displayed within the Church and the love God has for us, and by bearing witness to His message.

My choice to enter the seminary came in part from my personal background. When I was younger, I was not very interested in the Church and in parish life in general. I didn't really go to Mass, I didn't participate in that life at all. I was more focused on my schooling and my studies. When I left high school, I immediately enrolled at La Sapienza University in Rome to study medicine. My parents were both doctors, so it seemed like an obvious choice. But at the same time, a doubt remained...

In reality, it was when I was 18 that my questioning really began, when I had the opportunity to attend a meeting organized by the Neocatechumenal Way. It was during this meeting that I understood what it meant to live one's life as a Christian, and to make our actions reflect our faith. After that, there were meetings with priests, one of whom was very supportive – my family situation was complicated at the time, my mother was suffering from cancer – and then the World Youth Day in 2013, which I attended. I really felt that something was missing in my life, that I wasn't on the right path. So I asked God, "God, if you really want something from me, something more, show me what it is."

A few days later I had the chance to attend a meeting with the Pope... and the next day, with Kiko and Carmen Hernandez, the founders of the Neocatechumenal Way, as well as Fr. Mario Pezzi, who helped them. On that day, they made a call to all those who thought they had been called by God. I chose to respond. 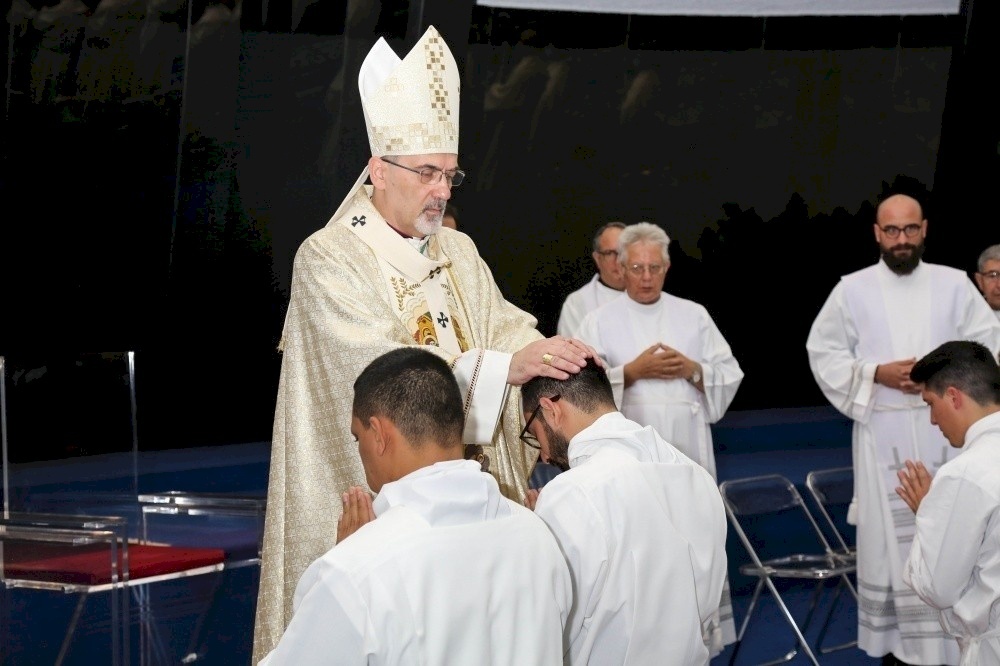 I trust God. I know that He only wants me to be happy. It doesn’t matter where I am sent after my ordination, because I know it will come from Him. During my years in the seminary, I learned to let myself be guided, to accept things as they happen, even if I feel doubt or fear at first. This was the case, for example, when I was sent to Qatar, to a parish that celebrated sixteen Masses a week, from Thursday to Sunday, with between 4,000 and 5,000 faithful – almost all of them of foreign origin. When I arrived, I was very intimidated! But in the end, my experience there was incredibly profound. I came with the idea of bringing these parishioners something, but in reality, they were the ones who helped me in my journey and in my reflection.