Saint of the Day: Saint Sharbel Makhluf of Lebanon 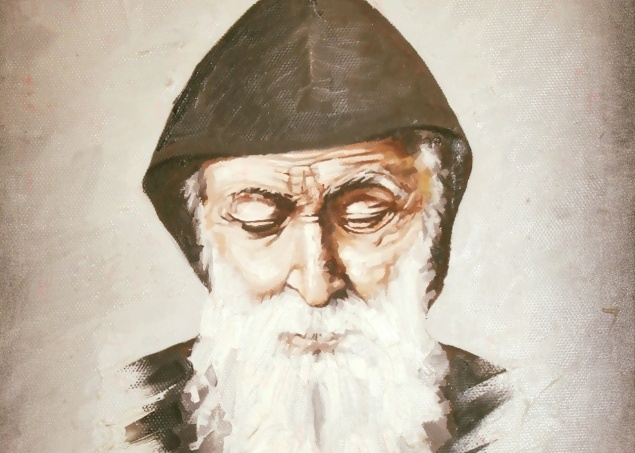 Saint of the Day: Saint Sharbel Makhluf of Lebanon Available in the following languages:

Although this saint never traveled far from the Lebanese village of Beka-Kafra where he was born, his influence has spread widely.

Joseph Zaroun Makhluf was raised by an uncle because his father, a mule driver, died when Joseph was only three. At the age of 23, Joseph joined the Monastery of St. Maron at Annaya, Lebanon, and took the name Sharbel in honor of a second-century martyr. He professed his final vows in 1853, and was ordained six years later.

Following the example of the fifth-century Saint Maron, Sharbel lived as a hermit from 1875, until his death. His reputation for holiness prompted people to seek him to receive a blessing and to be remembered in his prayers. He followed a strict fast and was very devoted to the Blessed Sacrament. When his superiors occasionally asked him to administer the sacraments to nearby villages, Sharbel did so gladly.

He died in the late afternoon on Christmas Eve. Christians and non-Christians soon made his tomb a place of pilgrimage and of cures. Pope Paul VI beatified Sharbel in 1965, and canonized him 12 years later.

John Paul II often said that the Church has two lungs—East and West—and it must learn to breathe using both of them. Remembering saints like Sharbel helps the Church to appreciate both the diversity and unity present in the Catholic Church. Like all the saints, Sharbel points us to God and invites us to cooperate generously with God’s grace, no matter what our situation in life may be. As our prayer life becomes deeper and more honest, we become more ready to make that generous response. (1)

After 16 years of strict asceticism he was granted permission by his superiors to withdraw from the world and become a hermit. In a hermitage near the monastery he lived the rest of his life in prayer and contemplation, frequent fasting and manual labor.

Tradition has it that Sharbel showed ample evidence of extraordinary gifts during his life. And so it was, for instance, that he was able to rescue fellow monks from a poisonous snake simply by asking the creature if it would mind going away. There are also tales of clairvoyance and healing associated with his name. Even at his death, on December 24, 1898, it was noted in the Monastery's records that he was expected to remain active after his death. In a dedication to him his obedience was described as "more angelic than human".

The expectation that the world would be hearing more of Sharbel was soon fulfilled: his grave was immediately surrounded by an "extraordinary brightness", according to a booklet produced by the Monastery about its most famous son. The light only finally faded after 45 days, unlike public interest which continued to wax brightly: pilgrims even tried to steal pieces of his remains, which gave the authorities a reason to open the grave. The body was found floating in mud but was itself completely free from signs of deterioration "as if it had been buried that same day." It was noticed that a "blood-like liquid" exuded from the body, a phenomenon which can still be seen even now. The liquid is caught in a cloth and, according to the Monastery, has over the years been responsible for many cases of healing. (2)