Statement of Greek Orthodox, Latin and Armenian communities after closing of Holy Sepluchre 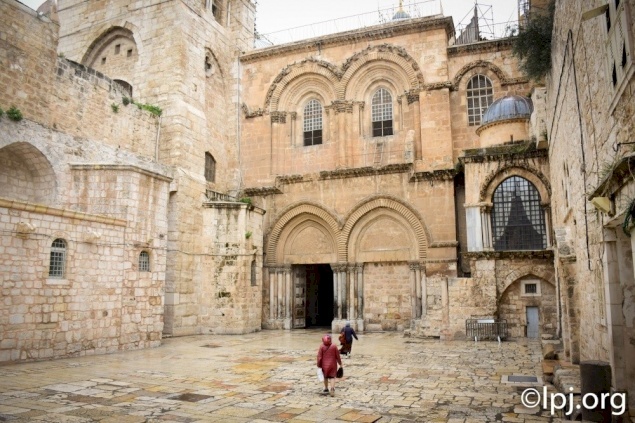 JERUSALEM - Following the evolvement of the situation in the Holy Land, we the Heads of the three Communities to whom the Providence granted the grace and honour of proclaiming the lodes of the Lord in the Basilica of the Holy Sepulchre and Resurrection, wish to inform that the celebrations of the Communities, the Greek Orthodox, the Latin and the Armenian will continue regularly, even though for safety reasons and in order to avoid the risk of the diffusion of the COVID-19 infection, the number of participants in the celebrations will be limited to few persons and the Basilica will be accessible during the liturgies only.

We wish to assure that inside the Basilica, the prayers of the three Communities will continue, rather intensify, asking the Heavenly Father the end of the pandemic, the recovery of the sick, the protection of the medical personnel, the wisdom for the Pastors and the Governors and the eternal salvation to those who lost their lives. We raise this prayer from the very place where, through the sacrifice of His own life on the Calvary and through His Resurrection from the Sepulchre on the third day, the only begotten and beloved Son Jesus Christ, defeated evil, sin and death.