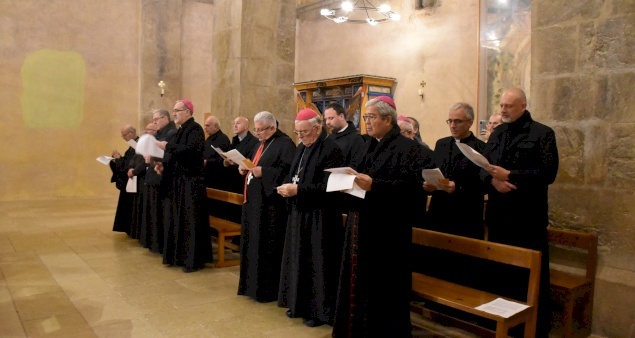 Synodal march and reflection of the ACOHL Available in the following languages:

SAXUM – For the second day of their plenary assembly, the Catholic Ordinaries of the Holy Land (ACOHL) gathered in Saxum, near Abu Ghosh, for a synodal march that started in the Saxum Visitor Center and ended the St Mary of the Resurrection Abbey.

The objective was to reflect and pray together on different subjects, all while discovering too-little known places of the Holy Land that hold particular religious, cultural and/or historical significance. After a morning spent at the Passionist Monastery in Bethany (Mount of Olives), the ACOHL thus went to the Saxum Visitor Center, not only to relive and reflect on the main events of the Holy Bible through the multimedia experience offered by the Center, but also to attend the press conference for the launch of the SynodApp, a project designed to let the youth to communicate about the Church of their dreams.

Based on a very simple concept, this app allows anyone to address Pope Francis in a short, thirty-second video. Such videos will then be reviewed by a Synod committee, which will decide which messages are to be sent to the Holy Father. The objective is three-fold:

During a pre-synodal meeting with young people, Pope Francis encouraged them to be active and creative within the Church, to “revive it from within”, but all while keeping in mind its roots and origins, what made it the way it is today. “Create a new culture,” he said, “but take care: this culture cannot be ‘uprooted’. Take one step forward, but keep looking at the roots! Do not go back to them, because you will end up buried: but move forward with them. With these roots, that are — forgive me, this is in my heart —the elderly, the good elderly. These roots are your grandparents. These roots are those who have lived their lives and those whom this throwaway culture discards; they are not useful, so they should be sent away. Yet the elderly has this charisma of bringing roots. Talk to the elderly."

Conceived with this in mind, the SynodApp is thus also meant to encourage young people to share moments with their grandparents, whether to help them record a message or to discuss the contents of what they want to share to Pope Francis. It might also be a way to reach, through technology, those who are not part of the Church. “Young people nowadays, they use technology like we drink coffee,” said Mgr Pierbattista Pizzaballa, Latin Patriarch of Jerusalem and president of the ACOHL. “Perhaps with this app, we will be able to reach those who do not perceive the incense of our sacristies and churches.”

After the press conference, the Catholic Ordinaries visited the Saxum Visitor Center then gathered at Kiryat Ye'arim, in the Our Lady of the Ark of the Covenant Church, to talk about the Synod and ways to improve the inner functioning of the Church. The subjects that were mentioned notably included the matter of Christian identity vs. Christian faith, especially among the Hebrew-speaking Catholic youth, the training of priests, the relationship between the youth and the Church, and attempts at establishing new programs in Christian schools. The assembly ended at the Benedictine monastery of Abu Ghosh, where the members of the ACOHL were welcomed by the community of monks and nuns who live there and shared with them a time of prayer, both in French and Arabic. 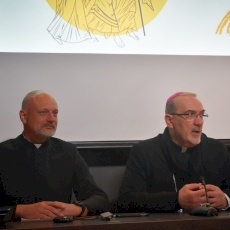 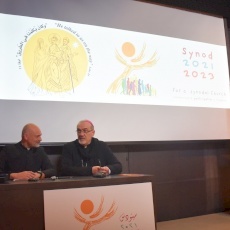 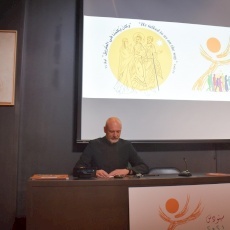 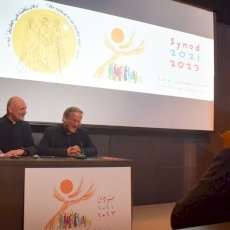 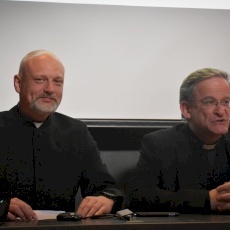 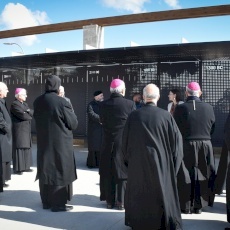 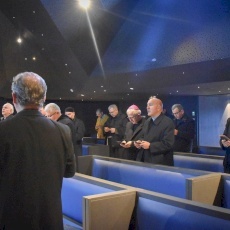 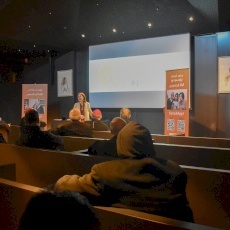 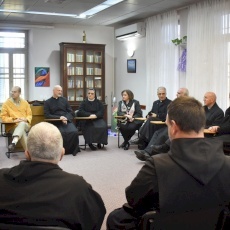 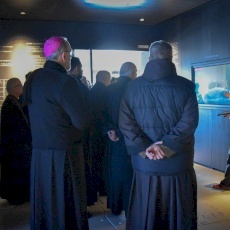 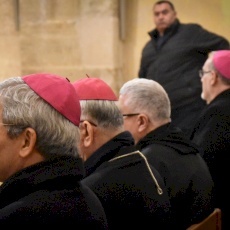 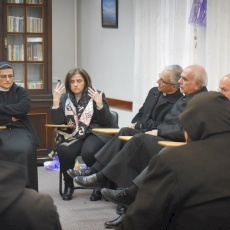