Tabgha marks decades of existence during Feast of Multiplication of Loaves and Fish Available in the following languages:

TABGHA – On Saturday, November 12th, on the occasion of the Feast of the Multiplication of Loaves and Fish, the Benedictine Brothers and Sisters of Tabgha celebrated together three anniversaries.

This Saturday truly was a special day. As it marked three key dates for the Holy Site of Tabgha, celebrating 40 years of the reconstruction of the Church, 20 years of the Pilgerhaus, and 10 years of the new Tabgha monastery during the feast commemorating the multiplication of the loaves and the fish.

The Mass, which was presided by Mgr Rafic Nahra, Patriarchal Vicar for Israel, was attended not only by the Benedictine community of the Holy Land, but by many guests as well: religious congregations and communities, representatives of German associations, students from the Dormition abbey, and many local Christians, particularly from Nazareth. All also participated in the festivities that followed the liturgical celebration.

During his homily, Mgr Nahra spoke of how the miracle of the multiplication of the loaves and the fish reminds us of God’s proximity to our lives. “The signs performed by Jesus were not an easy means to draw multitudes after him. They were acts of revelation, aimed to reveal the incredible proximity of God to everyone, especially to those who invoke Him and ask for His help.” He also highlighted the aspect of abundance characterizing this miracle, found also in two others: the changing of water into wine in Cana (John 2:1-11) and the miraculous catch of fish in the Sea of Galilee (Luke 5:1-11 and John 21:1-14). “The multiplication of the bread, in today’s Gospel, that took place while the Jewish feast of Passover was near, tells us that in the same way God, through his prophet Moses, gave the manna to his people in the desert, Jesus can provide today for all our needs. However, he also expects us to be men and women of faith. When we pray God saying: “Give us this day our daily bread”, we are invited to put our faith in God and not abandon ourselves to anxiety – as we often tend to do.”

To conclude, Mgr Nahra mentioned the spiritual hunger Jesus spoke of during this miracle. “The multiplication of the loaves and fish is the occasion for Jesus to develop a long teaching on Himself as the true bread, the bread of life that comes down from heaven and gives life to the world, eternal life. Jesus speaks of his flesh and his blood through which we receive this eternal life, saying: “Who comes to me will never hunger, who believes in me will never thirst.” He is speaking of the spiritual hunger and thirst that every human being experiments inside himself: the hunger for meaning, for love, for hope.” 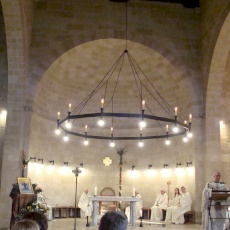 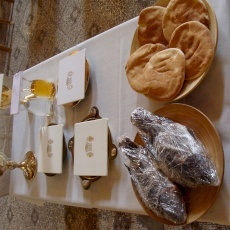 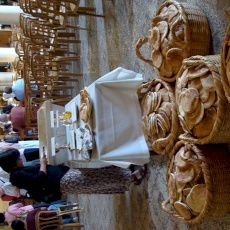 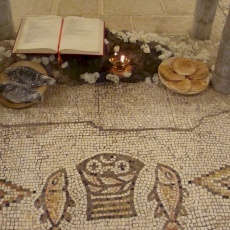 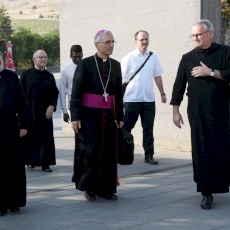 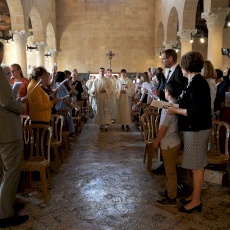 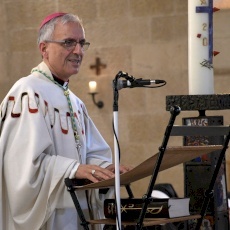 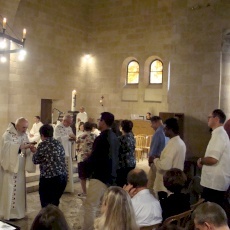