The Latin Patriarchs of Jerusalem - Ten facts about Giuseppe Valerga 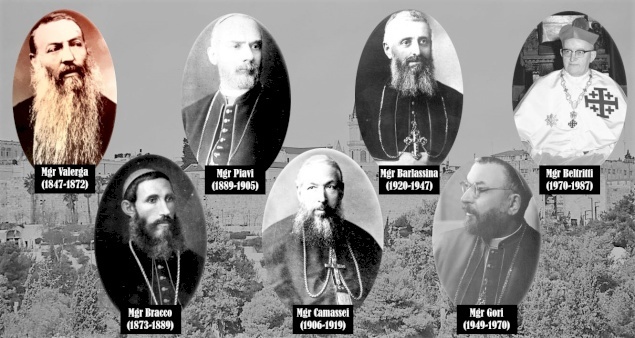 The Latin Patriarchs of Jerusalem - Ten facts about Giuseppe Valerga Available in the following languages:

Born in 1813, Giuseppe Valegra was, according to some sources, the seventh child of a family of eighteen (other sources say he was the fifth child of a family of sixteen). He spent the first years of his life without pronouncing any word, which caused great concern to his parents... before finally proving, rather miraculously, to be quite perfectly able to speak.

Wanting to become a seminarian, the young Valerga entered the seminary of Albenga as soon as he finished his studies. However, the price of the boarding house was beyond his means, and so he was deprived of certain conveniences reserved for the rich (these conveniences were later removed by Mgr Raffaele Biale, head of the Albenga diocese). The meals of the young seminarian were so meager that he and others who shared his fate decided one day to complain about it to the bishop.

But nothing changed. The complainers were punished and Valerga, who had been appointed spokesman, received an exemplary punishment: he was expelled from the seminary for a whole year. Far from being discouraged, he continued to study the seminary program on his own and worked to support his family financially. When his year of exile came to an end, he decided that rather than returning to the seminary, where he knew he would not be welcome because of the food complaint, he would continue his studies in Rome with some of his siblings - one of whom became a nun. This decision changed his life and that of his family forever: it took them to Syria, the Americas, Mesopotamia, and of course, the Holy Land...

Fascinated by the ocean, he almost drowned twice during his childhood: once by swimming too far out to sea, and once by being caught in a storm while on a fisherman's boat. Later, during his first church mission in Syria, he and his traveling companion were attacked by raiders who stole all their luggage and abandoned them in the middle of the desert, bruised and stripped. In Mosul, Valerga was also almost killed during periods of tension between Christians and Muslims. It was a Muslim who saved his life and carried him to the French Consulate to keep him safe. Finally, when he became General Vicar of Chaldea, he made some enemies and was attacked by two horsemen while returning from Mass. Only a pious lie about his identity saved his life.

Paul-Emile Botta, born in 1802 in Turin, Italy, was a French physician, diplomat, entomologist, anthropologist and archaeologist. Son of a famous historian (Carlo Botta), he embarked at a very young age on Captain Auguste Duhaut-Cilly's ship as a doctor, and traveled around the world. He then became a diplomat in Alexandria, Egypt, and went to Yemen to conduct biological research. He was then assigned to Mosul, where he met Valerga. The two men became friends and continued to maintain close relations thereafter. It was at Valerga's suggestion that Botta undertook excavations on what turned out to be the site of Nineveh, an ancient Assyrian (Mesopotamian) city.

Since the 17th century, there had been major clashes between the different Christian rites concerning the management of the Holy Places, especially the Holy Sepulchre. Patriarch Valerga decided to ask for the support of great European Catholic powers in order to strengthen the hold of the Latins on the Holy Places, which were then under the authority of the Sultan of the Ottoman Empire. But politics got involved in the affair: between the Russians and the French, the Turks, caught in the crossfire, finally gave in to Tsar Nicholas I when the latter took the side of the Greek Orthodox Church. The mixed commission, composed of two Latin members and two Greek members, which had been founded by the Sultan to try to settle the affair, was dissolved. Later, rising tensions between France, Russia and Turkey pushed the question of the Holy Places into the background. The conflict was not avoided; the Crimean War broke out in 1853 and ended three years later. Nevertheless, the question of the Holy Places was voluntarily omitted from the peace treaties, always for political reasons, which deeply disappointed Patriarch Valerga.

Being the son of a mason and architect, Patriarch Valerga honored his father by renovating and founding numerous churches and parishes. Among them are the churches of Ardiciai, Patarov, Khorsabat and Khosrowa, as well as the Co-Cathedral of the Latin Patriarchate, whose construction was completed in 1872. The architect was Patriarch Valerga himself, who consecrated it on February 11, 1872, together with the Custos of the Holy Land and three bishops: Bishop Athanasios, Bishop Zaccaria of Catignano and Bishop Bracco - his future successor...

There is no doubt that Patriarch Valerga was a persevering man. For the obstacles he had to overcome in founding his missions were far from being trivial. The first mission, located in Beit Jala, led to violent clashes – especially when the Catholic priest chosen by Valerga, Father Jean Morétain, arrived in the city. The Patriarch himself had to come to try to settle the matter. Finally, after several attempts at expulsion, fights between monks and missionaries (during which Patriarch Valerga almost lost his life), as well as a sort of siege during which the Patriarch refused to leave Beit Jala for Christmas, the situation was settled thanks to the intervention of Paul-Emile Botta, who pleaded in favor of the Latins to the governor and the French Consulate. These were times far from today's ecumenical sensitivity... Later, during the foundation of the missions of Gifneh, Ramallah, Lydda, Bir Zeit, Taybeh and Beit Sahour, accidents occurred during the apostolic journeys of some of the missionaries; attacks were committed against religious converts; threats were made against abbots; the vault of a church collapsed during its construction while another one saw its foundations constantly threatened because of its location, which was not ideal for construction... All these events can only underline the perseverance of the Latin Patriarchate and its Patriarch.

Patriarch Valegra spoke Arabic, Italian, Chaldean, Hebrew, Greek, Latin, Turkish, Kurdish and even French. As a student, he learned literary Arabic, which he quickly mastered. When he embarked for Syria in 1841, he thus thought himself capable of understanding the inhabitants of the country he was about to discover. What a surprise it was for him when, during a stopover in Beirut, he heard spoken Arabic for the first time – a language that is very different from the written language he had learned!

True to his Italian origins, Valerga regularly wrote sonnets and other poetic works, and even went so far as to translate the hymns of the Breviary into Italian verse. It was not uncommon for him to recite a poem he had composed in front of an assembly during a festival or celebration. A great lover of music, he also played the harmonium, especially for the seminary of Jerusalem.

Afflicted with laryngitis in 1862, then cholera in 1865, Patriarch Valerga died of a "cholera-pernicious fever" (to quote the doctors) on December 2, 1872, after spending more than a week in bed. He was buried with a box containing pictures of the priests of the Patriarchate, a symbol of his attachment to his clergy. Several funerals were held around the world, including in Loano, Brussels, Paris, Civitavecchia and of course the Holy Sepulchre. 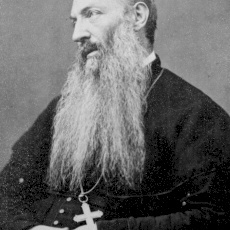 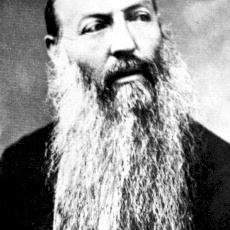 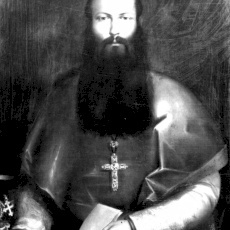