The Assembly of Catholic Ordinaries holds its plenary meeting in Nazareth

The Assembly of Catholic Ordinaries holds its plenary meeting in Nazareth Available in the following languages:

NAZARETH  – The Assembly of Catholic Ordinaries of the Holy Land (AOCTS) met on March 12- 13, 2019, for its plenary meeting that took place in Nazareth, where Fr. Hanna Kildani, Patriarchal Vicar in Nazareth welcomed them.

The bishops gathered to discuss several pastoral, spiritual, and social matters. Firstly, they discussed the internal and external relations in the Diocese with the state, pilgrimage, and other churches. Also, the assembly prepared broad outlines on how to address the risks related to the protection of minors. They also set a code of conduct to be put into public places and centers, such as schools, hospitals, and ecclesiastical courts. After Pope Francis designated the month of October as an Extraordinary Missionary Month, Fr. Abdo Abdo, National Director of the Pontifical Mission Societies of the Holy Land, met with the assembly to prepare together a program that will be sent to schools, parishes, and institutions, in order to raise awareness about the subject. Besides, Archbishop Leopoldo Girelli, the Apostolic Delegate in Jerusalem and Archbishop Alberto Ortega Martin, the Apostolic Nuncio of Jordan and Iraq met with the assembly after showing great interest in the formal relations between them and other churches and places that regard the Holy Land with great importance.

The meeting also included several prayers and Masses, whereas the opening Mass was celebrated on Tuesday, March 13, 2019, at the Centre International Marie de Nazareth, with the participation of the Chemin Neuf (New Way) community. Also, the bishops celebrated the Silver Jubilee of the episcopal ordination of Bishop Pierre Bürcher, who served and lived in the Holy Land, and was the one who donated the raw materials for Christians to make rosaries sent to the participants in the World Youth Day in Panama.

Before leaving Nazareth, the bishops blessed the Icon of Virgin Mary Our Lady of Iraq that is placed in the compound of the Annunciation Church and prayed the Angelus along with other pilgrims.

Blessing of the Icon 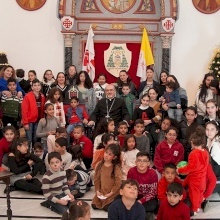 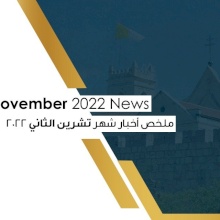 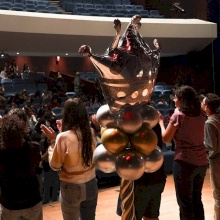