The Churches of Jerusalem join the Maronites to celebrate St Maroun 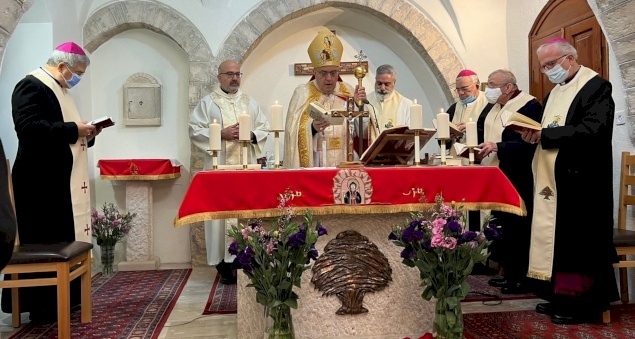 The Churches of Jerusalem join the Maronites to celebrate St Maroun Available in the following languages:

JERUSALEM - On February 9, the Catholic Church celebrated St. Maroun, founder of the Maronite Church. On this occasion, the Maronite clergy cordially invited the representatives of other communities to celebrate with them, in a fraternal and festive spirit.

Fr. Jerzy Kraj, Latin Patriarchal Vicar of Cyprus, was invited to a celebration presided over by Archbishop Selim Sfeir, Maronite Archbishop of Cyprus, in the Cathedral of Our Lady of Grace in Nicosia, while in Haifa, in Galilee, but also in Amman, Bethlehem and Jerusalem, various events were organized, bringing together some of the most important Maronite communities.

In Jerusalem, in the small chapel of the Maronite Guesthouse located near Jaffa Gate, Archbishop Moussa El-Hage, Maronite Archbishop of Haifa and the Holy Land, presided over a consular mass on Saturday, February 12, in the presence of Archbishop Adolfo Yllana, Apostolic Nuncio for Israel and Cyprus and Apostolic Delegate for Palestine and Jerusalem, and Mr. René Troccaz, Consul General of France in Jerusalem. Concelebrating were Fr. Antoine Doueihy, parish priest of Jerusalem, and Fr. Khalil Maroun, Lazarist. The deacon Sobhy Makhoul, responsible for the Maroun Guesthouse of Jaffa Gate, the Mukhtar of the Community, Mr. Aoun, Dr. Yussef Zaknoun, director of the Al-Liqà Cultural Center, and the Maronite Sisters of St. Theresa welcomed the guests and led the local choir.

The homily delivered by Mgr Hage, in French and Arabic, recounted the life of St. Maroun, a hermit of the fifth century, who gradually gathered around him many followers in the mountains of Mount Taurus, near Antioch. This Catholic community, of Syriac origin, developed in Mount Lebanon, in the valley of Qadisha and in the forest of the Cedars, and eventually became an autocephalous Church sui juris, called "Syriac-Maronite-antiochian" in the 7th-8th centuries, with the feast of its patriarch, St. John Maroun, celebrated on March 2.

At the end of the ceremony, Bishop Moussa El-Hage warmly thanked those present and in a special way the French Consul - France being a country that has granted and continues to grant special attention to the Middle East and Lebanon, which at this time experience very difficult situations.

All the participants were delighted to be with the small, warm, and active Maronite community. This ceremony, transmitted live by "Radio Mariam Nazareth", was also a much-awaited opportunity to follow the Syriac-Maronite rite, very close to the liturgy of St. James, where parts of the Mass, notably the consecration, are said in Syriac, the language today which is closest to the Aramaic spoken by Jesus and his disciples. 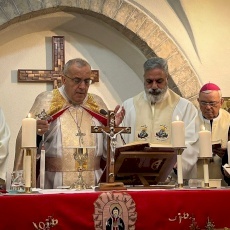 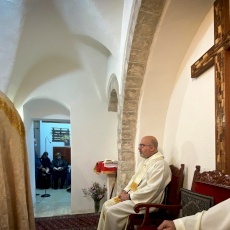 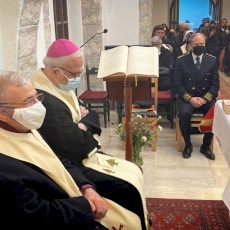 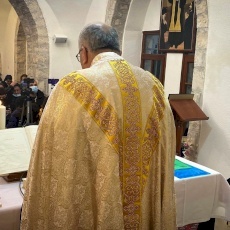 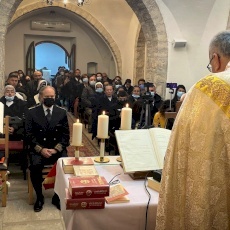 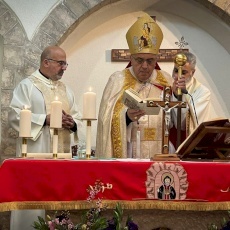