The Latin Patriarchs of Jerusalem - Ten facts about Luigi Piavi 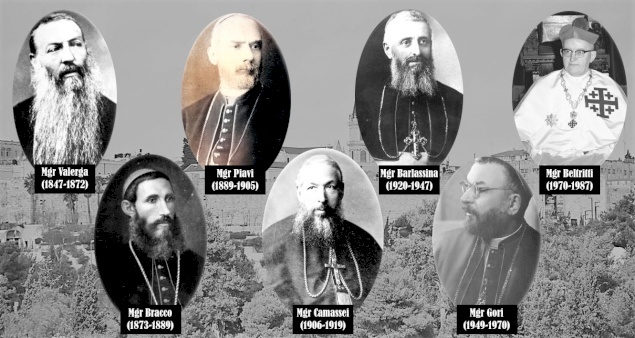 The Latin Patriarchs of Jerusalem - Ten facts about Luigi Piavi Available in the following languages:

Mgr Piavi was born on March 17, 1833, in Ravenna, Italy. In 1848, he was fifteen years old. The French Revolution had had echoes in his country, already shaken by unifying ideas for decades. Soon, Charles Albert of Sardinia, head of the Kingdom of Sardinia (a region of Italy), and ally of other Italian states, declared war on the Austrian Empire. The future Patriarch Piavi did not hesitate: eager to fight for his country, he took up arms. However, two years later, convinced that this was not his way, he abandoned the armor for the Franciscan habit, which he joined on October 21, 1850, at the age of seventeen.

Mgr Piavi's real name was Joseph Piavi. He took the name Luigi (Louis) of Ravenna on October 8, 1851, when he made his profession with the Friars Minor of Bologna, a city located in the northeast of the country.

Elected Latin Patriarch of Jerusalem in 1889, a few months after the death of Mgr Bracco, and after having been Apostolic Administrator of Syria, Archbishop of Siunia and then Apostolic Delegate of Syria, Mgr Piavi had a significant description for his tasks: "Along the railroad that goes from Jerusalem to Jaffa, there are deep gorges. In one of them, I have my favorite grotto. You can see it from the train. It is there, when I go away from Jerusalem, that I deposit all my troubles, all my worries... to take them back when I return!"

While Mgr Valerga and Mgr Bracco left behind numerous missions all over the diocese, it was Mgr Piavi who took on the task of growing and strengthening them. With the help of Father Guillermo Barberis, an architect who oversaw the construction of the seminary in Jerusalem, and his auxiliary bishops, Mgr Appodia and Mgr Piccardo, Mgr Piavi built churches, chapels, convents, presbyteries and single-sex schools in every mission of the diocese. He founded only one mission: that of Mouqeibleh, entrusted to the Custody of the Holy Land.

Because of his frail health, Mgr Piavi quickly asked Rome for someone to assist him in his heavy duties as Patriarch. On February 13, 1891, Mgr Pascal Appodia thus became titular bishop of Capitolias (today Beit Ras in Jordan) and auxiliary bishop of Jerusalem. He was consecrated by Mgr Piavi in the Holy Sepulchre a month later. Naturally approachable, Mgr Appodia was often called upon by missionaries intimidated by the Patriarch; he also took charge of many of the Patriarchate's pastoral visits and pontifical ceremonies. He died in 1901 of a stroke, and was succeeded by Mgr Louis Piccardo, who took over the management of the diocese after Mgr Piavi's death, pending the appointment of the new Patriarch.

As mentioned earlier, during his term as Patriarch, Mgr Piavi did not establish any new missions. Nevertheless, he was not content to consolidate the old ones: in fact, in order to respond to the growing needs of the Latin communities of the diocese, he encouraged the arrival of several congregations on the territory of the Latin Patriarchate. We can mention in particular the Trappists, established in Latrun, the Salesians, the Lazarists, the Carmelites, the Benedictines, the Religious of the Hortus Conclusus and the Passionists.

While La Croix showered him with praise ("His Excellency has always shown himself equal to the difficult and delicate mission that falls to the Patriarch of Jerusalem"), Le Figaro set a completely different tone: "A pure dilettante, a skillful diplomat, he acts directly against the orders of the Holy Father and the Propaganda. Above all, this Italian wants to make Italy triumph." Objectively speaking, the reasons for these tensions stem from two facts: the Italian nationality of the Patriarch and the fact that he was a Franciscan friar. At that time, France was very attached to its protectorate, and some wanted to see a Frenchman lead the Latin Patriarchate. In addition, because of their long-standing presence in the Holy Land, there was a certain mistrust of the Franciscans. Everything worked against Mgr Piavi, who in response adopted a very firm position with regard to France. Although this created many enemies among the French, he was able to successfully maintain his seat and his rank.

Opened in 1893, this congress aimed to spread Catholic Christianity in the East, but was also an opportunity for Pope Leo XIII to address various complex issues, such as the establishment of Protestant missions in the Holy Land, the general state of the Church in the East or the Ottoman presence. The question of the French protectorate also crystallized the debate, notably between the Vatican and the Propaganda Fide - all the more so since the congress was mostly composed of Italians (from the Custody and the Latin Patriarchate) and French (Assumptionists and White Fathers). Among the 732 participants, there were also Belgians... and 212 women.

In 1898, Patriarch Luigi Piavi was visited by the German Emperor Wilhelm II during a political visit to the Ottoman Empire, during which the Kaiser visited Istanbul, Haifa, Bethlehem, Jerusalem, Jaffa, Beirut and Damascus, among other places. On this occasion, Mgr Piavi was awarded the cord and plaque of the Red Eagle, First Class, an order of chivalry of the Kingdom of Prussia. He reciprocated this honor posthumously in 1905, by having the Emperor, then visiting Metz, wear the insignia of the Order of the Holy Sepulchre, after having obtained the Pope's approval. It was Cardinal Kopp who brought it to him, stating: "Deeply moved by the generous gift that Your Majesty made to German Catholics, Patriarch Piavi wanted to perpetuate the memory of this imperial pilgrimage by conferring on Your Majesty the highest distinction at his disposal, that is, the insignia of the Holy Sepulchre."

As mentioned above, some missionaries, fearing to approach Mgr Piavi, preferred first to ask his auxiliary bishop, Mgr Appodia. Mgr Piavi had a very different character from the Patriarch that preceded him, who was considered "gentle and holy"; he was more austere, enjoyed biting jokes, and showed a less sensitive and more down-to-earth nature. This mask of sternness gave him a reputation among some as a cold man, especially since he rarely traveled to his diocese because of his delicate health. However, among those who knew him intimately, few would describe him as such. For Mgr Piavi also often showed great kindness and interest in his missions and the people of his diocese. 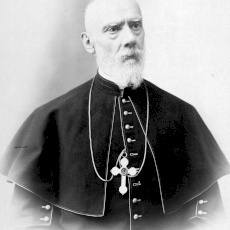 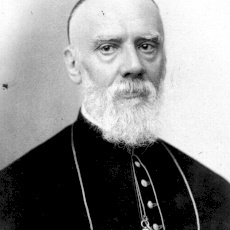 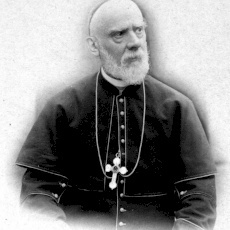 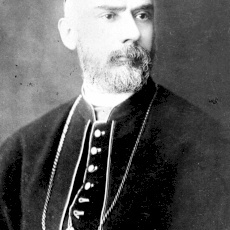 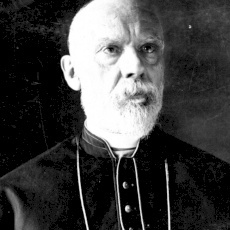