The Latin Patriarchs of Jerusalem - Ten facts about Vincenzo Bracco 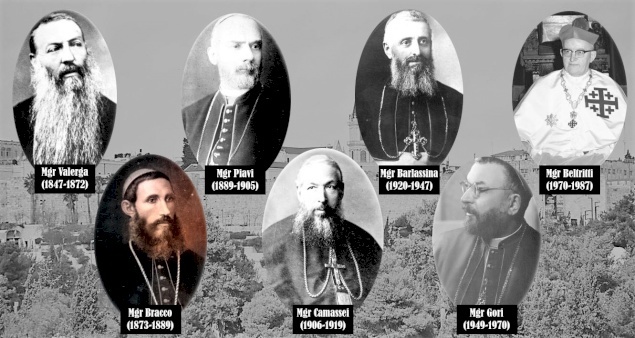 The Latin Patriarchs of Jerusalem - Ten facts about Vincenzo Bracco Available in the following languages:

Mgr Bracco is best known by his first name of Vincenzo, but in reality, his full name was Giovanni Vincenzo (or Vincenzo Giovanni – you decide). " Vincenzo" came from his mother (named Vincenza) and grandfather, and “Giovanni” from his father.

Born in a poor family, Mgr Bracco, who showed an early aptitude for learning, succeeded in becoming a student at the college of Port-Maurice. However, he could not afford to pay board and had to enroll as a day student. While this allowed him to follow the school program like any other pupil, it also meant that he had to travel the five kilometers from Torrazza to Port-Maurice every morning and evening – and at dawn, because Mass was celebrated every day an hour before classes began, and Mgr Bracco did not want to miss any of it. On top of that, he spent his vacations working the land with his family, while faithfully serving Mass every morning. One might think that such a program would leave him little time for schoolwork, but no. Despite these difficult conditions, Mgr Bracco still somehow managed to become first of his class, to the point that his classmates gave up the fight for first place, judging it too unequal. And to think that he was considered "too weak" for military service!

Mgr Bracco had not even finished his studies that his reputation was already established. Serious, disciplined, pious, calm... There was no shortage of positive adjectives to describe him. Thanks to Fr. Antonio Belloni, a Salesian who had studied with Mgr Bracco and who was very attached to the cause of the orphans, these praises reached the ears of Mgr Valerga, first Latin Patriarch of Jerusalem; and so, at the end of 1859, the latter wrote to the Prefect of the Sacred Congregation to ask that the young missionary join him in the Holy Land. It is said that when he heard the news, Mgr Bracco simply said, "Amen!”

Mgr Bracco was far from shy, but his humility was such that it sometimes led to surprising situations. Chosen by the Pope to become an auxiliary bishop of the Patriarchate in 1866 (on the recommendation of Patriarch Valerga), his appointment was received with great enthusiasm: the jubilant crowd welcomed the new bishop with cavalcades, fencing demonstrations, gunfire, fireworks and traditional songs. But as soon as the festivities were over, Mgr Bracco locked himself in his room and wept for a long time – as if such demonstrations had deeply affected him. Later, overburdened by the frequent absences of the Patriarch (who was also Apostolic Delegate of Syria and often sent on missions outside the diocese), Mgr Bracco learned that his health was declining. He wrote a long letter to the Patriarch apologizing for his "indisposition" and proved very reluctant to seek medical treatment – to the point of asking the Patriarch for his permission to get treated and insisting that the treatment take place not far from the Holy Land and without inconveniencing anyone. For someone who was ready to "present his purse" to any poor person or good cause (as one of his theology professors put it), Mgr Bracco showed little inclination to take care of himself...

The Sisters of the Rosary are the oldest female Catholic Christian congregation in the Arab East. They are active throughout the Holy Land. And it was Mgr Bracco who made their establishment possible. In 1875, Sister Marie-Alphonsine, who belonged to the Congregation of St. Joseph of the Apparition, went to his house to talk to him about her vocation, because she had received a vision from the Virgin asking her to found "the Congregation of the Rosary". Mgr Bracco sent her to the founder of the Catholic Orphanage in Bethlehem and later made available to the young community a house not far from the Co-Cathedral. He then established a novitiate and, in order to begin training and teaching young girls, he sent several sisters throughout the diocese: Zababdeh, Nablus, Birzeit, Beit Sahour, Fuheis, Jaffa (Nazareth), Salt... It should be noted that Mgr Bracco supervised the installation of many other religious institutions in the Holy Land: among others, the Assumptionists, the Trappist Fathers, the Poor Clares, the Hospitaller Brothers of St. John of God...

Mgr Valerga, the first Patriarch, had asked that a collection of religious learning be composed for his diocese. Mgr Bracco personally updated it, adapting it to children and dividing it into two volumes, one for the youngest and the other for adolescents. Written in Arabic and then translated into French, this text will remain the reference for the catechism of young people for more than 40 years. The second Latin Patriarch of Jerusalem did not stop there: he also translated the Bible into Arabic with the help of Jesuits, and wrote many pastoral letters to his faithful, to maintain a link with them and teach them religion.

"Strict" is an understatement. His rules included "I will get up at 5:00 am," "I will celebrate Holy Mass at 7:00 am, then Thanksgiving at 8:00 am," and "I will recite Matins and Lauds, then do half an hour of prayer, evening prayers, and the examination of conscience after the 8:30 am spiritual reading”. (every day, of course). Not to mention the rules concerning his interior behavior: "I will make acts of trust in the goodness and help of God [...]", "I will make sure that the sole purpose of my actions is to constantly please God", "I will never make a decision in a serious matter without having implored the light of the Holy Spirit for at least three days", or again, "I will try to maintain in myself a profound sense of humility".

At that time, in Transjordan, women were not used to entering churches. Only the presence of nuns could bring them in, but they were not yet present everywhere, and some missions suffered from this shortcoming.  Thus, in Fuheis, if the women welcomed the priest enthusiastically, they all dispersed as soon as he entered his church, and only the men remained. The Patriarch deplored this bitterly and sought to accelerate the establishment of female religious congregations to remedy this.

Described as a "true man of God" and a "shepherd of souls" by Mgr Giacomo Giuseppe Beltritti (Latin Patriarch of Jerusalem from 1970-1987), as a man of "unalterable calm and gentleness" by his peers, as someone of "extreme charity" by his teachers, Mgr Bracco had always had the reputation of being a true saint among the members of his diocese... but not only. Many foreign priests sang his praises... not to mention the Muslims, who called him "The Man Who Doesn't Sin", or even the Greek Orthodox, who more than once expressed their admiration for his virtues.

The scene took place just a few hours before he passed away. Exhausted by pneumonia, he was lying on his bed and everyone knew that he would soon be gone. All his priests went to his bedside to receive his blessing. They were followed by the seminarians... and then by a group of Jerusalemites, who came forward to hear the Patriarch's voice bless them one last time. The following night, Mgr Bracco passed away after sixteen years at the head of the Latin Patriarchate. 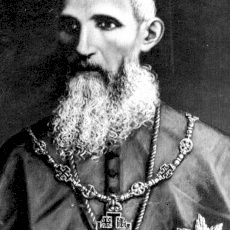 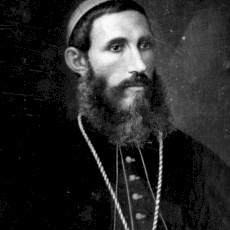 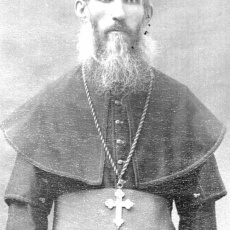 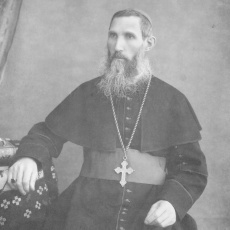