The Patriarch meets with the new Archbishop of Cyprus 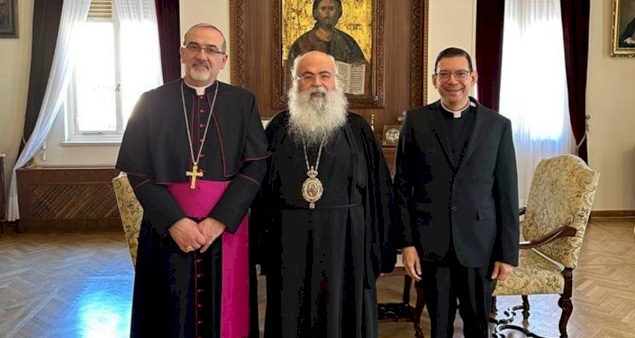 The Patriarch meets with the new Archbishop of Cyprus Available in the following languages:

Mgr Pizzaballa notably expressed his gratitude for the openness and evident cooperation between the Orthodox church of Cyprus and the Latin community living on the island. He also assured Mgr Georgios of the continuous collaboration between the church in Jerusalem and Cyprus.

The meeting was also the occasion for him to assure Mgr Georgios of the prayers of the faithful in Jerusalem regarding his new ministry - asking the Lord to guide him and lead him in his service in Cyprus. 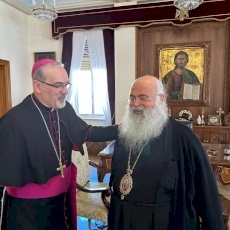 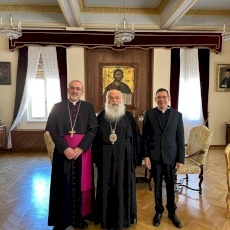 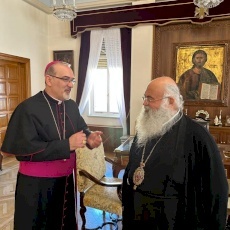