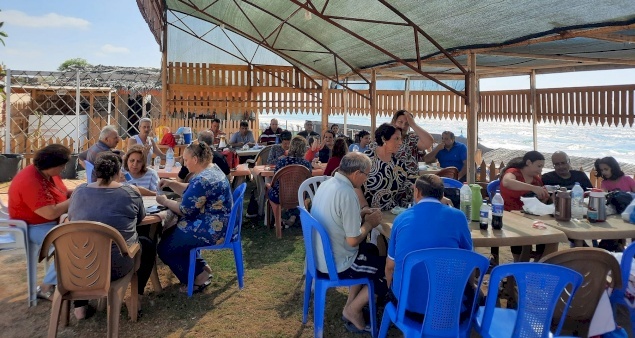 Three days of war in Gaza: "The situation seems unreal" Available in the following languages:

GAZA - After a weekend of conflict between Islamic Jihad and Israel, Fr. Gabriel Romanelli, parish priest of the Latin parish in Gaza, gives some news of his parishioners.

On Friday, August 5th, in the middle of the afternoon, new hostilities between the Israeli army and Islamic Jihad broke out without warning, following an arrest and then a military intervention in the territory of the Gaza Strip. The resulting air strikes lasted uninterrupted until Sunday, before a truce was agreed upon by both sides in the evening.

"Today, the situation seems unreal," said Fr. Gabriel. "A week before the conflict, the parish was full of life: we had activities for youth and families, summer camps for scouts, prayer times... Then the bombing started and everything was stopped. Suddenly, everything came to an end and everyone found themselves locked in their homes."

During the three days of air strikes, the Gaza Strip confined itself, the borders closed and the shops and businesses showed closed doors. Then, after a long Egyptian mediation, a truce was declared and life suddenly resumed, like before.

"We immediately started everything again," explains Fr. Gabriel. "Prayers, activities, the scout camp... We organized an excursion for the mothers of the parish... And on Sunday, after a morning of prayer and adoration of the Blessed Sacrament, we even went to the sea. The parish rented a small beach and even though swimming was forbidden because of the wind, we were able to play, chat, picnic together... More than 200 Christians came, it was really beautiful."

It's hard to believe that bombs were raining down on the territory just a week earlier. Yet everyone felt the conflict in the landlocked territory; more than forty died, including children, and a hundred were injured. "After the conflict, we prayed a lot for peace, justice and reconciliation, as we always do. There was also a distribution of rosaries to the families, a gift from Pope Francis. The spiritual response was very strong."

Despite the situation, the parish is doing everything possible to heal the wounds of the people. "We try to stand by everyone so that no one loses heart. It is by helping each other, among Christians but not only, that we can keep faith, hope, and charity alive."