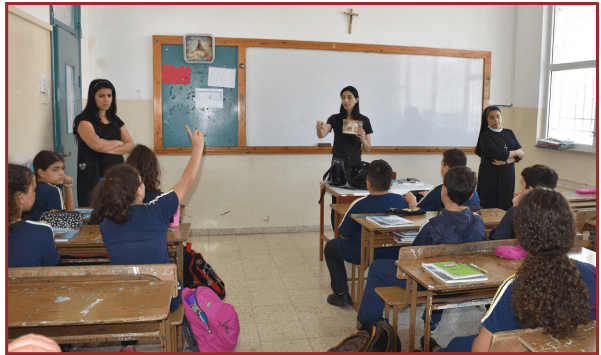 Most of the Latin Patriarchate schools in Palestine were established in the nineteenth century in the absence of state-established public schools. They were an extension of the Church’s spiritual effort. The schools were opened in societies that greatly suffered from poverty, ignorance, and poor health conditions during the Ottoman rule. The schools’ buildings are very old and in some locations are considered historical heritages. Needs assessment survey carried out in various parishes reveal that schools lack adequate attention. Some deficiencies in the schools include ill-equipped classrooms and insufficient and broken desks and chairs. Conducive learning environment is very essential to learning and this must be ensured for all children of all school age. In this context, this project aims at upgrading the classrooms’ furniture in selective classrooms of Latin Patriarchate schools in Palestine based on the need and the actual condition. Classrooms’ upgrade will include rehabilitation of the old tables, desks and chairs of the students and the teachers and purchasing new ones.