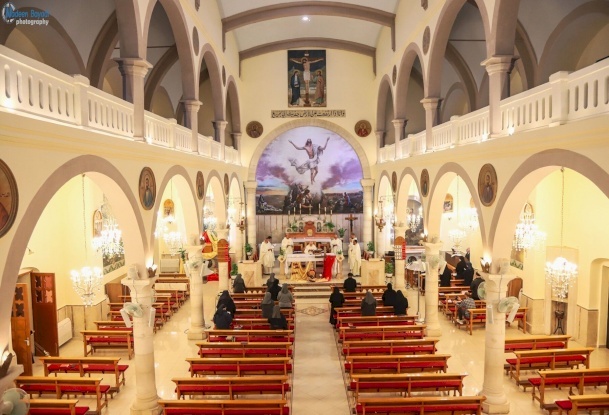 Introduction: Ramallah is a Palestinian city in the central West Bank located 16 kilometers north of Jerusalem, adjacent to al-Bireh. It is currently the administrative capital of the Palestinian National Authority. The total population of Ramallah today is nearly 27,500. Ramallah was historically a Christian town, but today Muslims are the majority of the population, with Christians still making up a significant minority. The schools are among the earliest founded, providing education for both boys and girls. Ramallah has retained a Christian ambiance with churches located in many parts of the city: Baptist, Lutheran, Pentecostal, Quaker, Catholic and Orthodox, living congenially side by side with their Muslim neighbors. Since 1948, there has been a mass migration of Christians from Ramallah to the West, and particularly to the United States because of the Israeli occupation. Those left behind are determined, despite their minority status, to maintain their faith and live in the land of their ancestors.

School: The Latin Patriarchate school in Ramallah was established in 1858 and it is in the heart of the town. The youth groups and scouts are very active in promoting the parish’s life. The Latin schools are open to all Christians from different backgrounds. Today, half of the students in the school are Muslim. Schools like Al-Ahliyya became part of the heart of life in the towns and cities where they were located. Even today, the schools and activities there and the adjacent churches make up much of the social and cultural life of the people. Private schools educate 18% of the students in the country. These schools receive many children from very poor families since their policy is to reach out to the needy and not just those who have money. The schools receive so many unprivileged children. The government has never supported private schools in the West Bank.