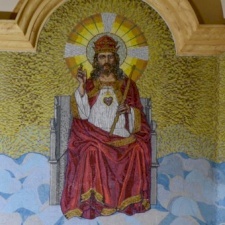 In the Bible, this region was known as Ammon or the Ammonite Kingdom. Rabbath Ammon, great city of the Ammonites in the Old Testament, was the capital of the kingdom and famous for its springs and citadel. King David sent Joab, head of the Israelite army, to besiege Rabbath, after being insulted by King Nahash. On taking the town, David burnt many of the inhabitants alive in a brick kiln.

The ancient Semetic name of Amman was first changed to Philadelphia, Greek for brotherly love, by Ptolemy the Second, who reigned from 283 to 246 B.C. and occupied and rebuilt the city. He was supposedly given the nickname of Philadelphus, so it was named Phildelphia after him.

During the Roman period, Herod took the city in 30 B.C. and it became an important centre along the trade route from Syria to the Red Sea.

Later in Byzantine times, it was the seat of the Christian Bishops of the area. It’s importance declined during the 10th century, gradually being reduced to nothing more than a village, until a colony of Circassians settled here in 1878. By the early 20th century there were only about 2000 inhabitants and for almost a century it became little more than a stopping place on the Damascus to Medina railway.

In 1921, Emir Abdullah made it his headquarters so it became the central, administrative town and capital of Transjordan. With the foundation of the Hashemite Kingdom of Jordan in 1946 it continued as capital of the Kingdom. Following the troubles in their land west of the Jordan in 1948, a large number of Palestinians settled in the city.

Until 1948, Amman was a village of closely huddled houses in the valleys below Jebel al-Qal’a, with a handful of buildings on the lower slopes of the surrounding hills. But the floods of Palestinians, escaping or ejected from the newly formed State of Israel, doubled the city’s population in just two weeks. Makeshift camps to house the refugees were set up on the outskirts. Later, following another huge influx of refugees from the West Bank occupied by Israel in 1967, creeping development began to merge the areas together to form the city’s sprawling suburbs.