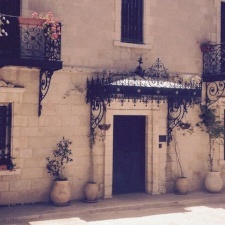 Today, Hebrew-speaking Catholic communities are active essentially in Jerusalem, Tel Aviv-Jaffa, Haifa, Beer Sheba and Tiberias. The Vicariate includes communities of Russian speaking faithful. The priests and faithful of the Vicariate are much engaged in the pastoral and catechetical service of the Hebrew speaking children of migrants and asylum seekers spread throughout the country.

1. Transmission of the faith: Constituting a Catholic minority within a society that has a Jewish majority is a new experience in the history of the Church. Therefore, The Vicariate has a mission to nurture the faith of those small communities, particularly the children and youth, who live and are integrated into the Hebrew-speaking Jewish society.

2. Bearing witness to justice and peace, serving the poor: As an integral part of the Church in the Holy Land, the Vicariate promotes the values of peace and justice, pardon and reconciliation within a context of violence and war. Moreover, the Vicariate has a special mission to the tens of thousands of migrants and asylum who reside in the country.

3. Interreligious dialogue: Since its origins Saint James Vicariate has been sensitive to interreligious dialogue, especially with the Jewish people amidst whom our faithful reside. The presence among us of brothers and sisters who are at the same time Jews and children of the Church made it more urgent to work on building bridges. Some of our interreligious activities, involving both Muslims and Jews, make us experience that we, human beings, can live together in peace and understanding despite the painful and unresolved political problems.

Through all these activities, and without any form of proselytism, the Saint James Vicariate proves to bear witness, always and everywhere, to the message of Christ who commanded his disciples to be faithful, truthful, merciful, and peacemakers.