Shafa’amr is an Arab city in the North District of Israel. Today it has a population of 45,000, consisting of a Sunni Muslim majority, alongside large Christian and Druze minorities (60.5% Muslim, 25.2% Christian, and 14.3% Druze).

The mission was founded in 1869. In 1864, a Carmelite priest took residence in Shafa’amr to undertake the pastoral responsibility for the sisters of Nazareth. In 1867, the Patriarch designated him to supervise the Latin (Roman) Catholic faithful in the village “so that the Latins would not convert to Protestantism.” In 1869, the Patriarchate took over the mission from the Carmelites and appointed Father Luigi Piccardo the parish priest. In 1887, Father Henri Pons succeeded him until 1901. The Latin Catholic faithful in Shafa’amr are a minority. The majority of the population is Muslim and Druze, the Greek Catholic is the largest Christian community. 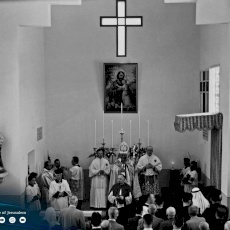 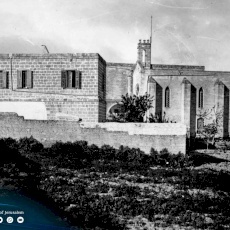 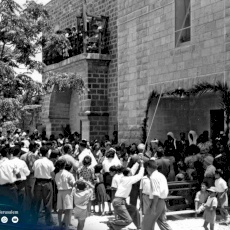 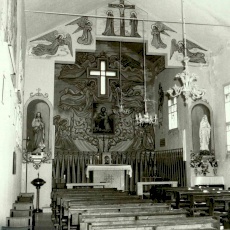